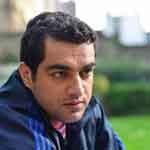 President Biden’s decision to withdraw unconditionally all foreign forces from Afghanistan by September 11, 2021 will leave behind an uncertain security situation whose consequences will be borne by Afghanistan as well as the region as a whole.

The Taliban appear least interested in talks with the Afghan government and seem determined to take control of Afghanistan by force post-withdrawal of foreign troops. Short of a total surrender, the Afghan government has no possible leverage to give any incentive to, or pressurize, the Taliban to prefer dialogue over violence. Consequently, the risk that Afghanistan could plunge into another civil war runs very high.

The consequences of another civil war will be deadly for both Afghanistan and the region. Among the countries bordering Afghanistan, Pakistan in particular will bear the brunt of an escalation in violence. A civil war or a possible Taliban takeover of Afghanistan is bound to encourage and reinvigorate Islamic militancy in Pakistan, thus threatening to reverse the hard-won gains made against religious militancy over the past decade.

The Afghan and Pakistani Taliban, after all, are two sides of the same coin. A return to power of the Taliban in Afghanistan is certainly going to embolden and revive the Pakistani Taliban and other Islamic militant outfits. Furthermore, escalation of violence might not only reduce all chances of repatriation of Afghan refugees but also likely result in more refugees coming to Pakistan.

Moreover, a worsening security situation in Afghanistan and its possible domino effect in Pakistan may also undermine trade, foreign investment and economic development initiatives such as the China-Pakistan Economic Corridor. The prospects of Gwadar or the Karachi port becoming a hub of regional transit trade with access to the energy-rich Central Asian Republics is likely to remain a dream until durable peace and stability is achieved in Afghanistan.

It is against this background that the successful conclusion of the intra-Afghan dialogue is highly critical for Pakistan, for its own sake. Islamabad’s stated policy, indeed, seeks to support an Afghan-led and Afghan-owned peace process. It helped in bringing the Taliban to the negotiating table, which ultimately resulted in the signing of the Taliban-US deal. Furthermore, reportedly Pakistan has conveyed a stern message to the Taliban to pressurize them to resume dialogue. Moreover, Islamabad maintains that, unlike the past when it wanted a friendly (read: pliant) regime in Kabul, it aims to develop friendly relations with whoever is in power in Kabul.

Notwithstanding Pakistan’s stated policy and position, the Afghan government and many in the US remain sceptical of Pakistan’s commitment. In response to these concerns, Pakistan maintains that it doesn’t have complete control over the Taliban.

The success of the peace process will require coordination and cooperation among the multiple regional actors and the US and the Afghan government. Pakistan’s role, however, is most critical given its historic ties with the Taliban. There is no denying that Pakistan doesn’t have complete influence over the Taliban as the latter have traditionally tended to assert independence. But, unlike other regional actors, Pakistan does have tremendous leverage over them.

The real test of Islamabad’s commitment to supporting intra-Afghan peace process is its willingness to use the leverage it holds over Taliban. Up to this day, Islamabad has at best been cajoling Taliban to engage in dialogue. However, the history of the past three decades indicates clearly that mere cajoling or exhortations won’t dissuade the Taliban from escalating violence.

The prospects of intra-Afghan dialogue will enhance only when the existing strategy of cajoling Taliban is backed up with credible threats of crackdown which may involve refusal of sanctuaries to Taliban leaders and their families, denial of medical treatment, and disruption of finances etc. In case the strong-arm tactics fail to bring the Taliban to the table, then Pakistan should make sure that its territory is not used to carry out attacks in Afghanistan.

The Afghan peace process offers Pakistan an opportune moment to bury the hatchet with Afghanistan and start afresh. While Kabul does have a knack for denying its own responsibility at times and displacing blame to Islamabad for every internal failure, it has a fair point about our pro-Taliban Afghan policy. Now that the US is leaving, it is high time Islamabad brings about a fundamental shift in its Afghanistan policy. Durable peace in Pakistan, especially in Balochistan and ex-Fata, is unlikely to be achieved without Pakistan contributing to peace in Afghanistan.

The writer is a Rhodes Scholar and an alumnus of the Blavatnik School of Government, University of Oxford.