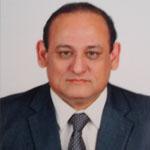 In today’s changing world, the application of cutting edge technology is fast transforming the governing pattern. The growing role of social media and government websites has also influenced ways of acquiring day-to-day knowledge about the progress of the government’s activities.

Embracing the change, the Chinese government led by President Xi Jinping launched a series of programmes to promote information technology and big data development in an effort to reform governance and increase governing capabilities. The new changes thus introduced are fast impacting all aspects of Chinese life, society, economy, politics, military, diplomacy and trade. On the political level the main initiatives include establishing rule of law, granting basic individual rights, investing in higher education and economic resources, making it a win-win situation for all.

From the 32nd position in the world trading community in the 1980s – with a per capita income of $250 (less than the per capita income of $280 in Pakistan) – China today finds itself at a position second to just the US, with its influence in world politics and economy growing. China is the largest trading partner of more than 150 countries.

For Pakistan, with its immense economic potential, the rise of China and the growth through CPEC has much to offer and learn. According to the PricewaterhouseCoopers report of 2017, Pakistan is projected to become the world’s 20th largest economy by 2030 and the 16th largest by 2050. Several other reputed international publications such as ‘Bloomberg’, ‘The Economist’ and ‘The Telegraph’, have also acknowledged Pakistan’s impressive economic gains of the last five years. From a meagre 3.4 percent GDP growth in 2013, we have achieved a reasonable target of 5.8 percent, with indications of positive growth and transformation in the manufacturing, agriculture, services and tourism sectors. That being said, there is still a long walk ahead.

In the coming months, the first and foremost action should be to kick-start special economic zones (SEZs) under CPEC and energise the industrial development phase to upscale industrial production. Simultaneously, we should focus on innovation, technological up-gradation and develop human resource to benefit all segments of society. Similarly, we may continue to further increase bilateral exchanges in business and culture so that a fruitful environment is established for joint ventures. Moreover, we must ensure strengthening cooperation with China on trade and industrial sectors, expanding bilateral economic and trade relations as well as enhancing the level of bilateral trade liberalisation. In doing so, bottlenecks at the extremities of the supply chain – Kashgar and Gwadar – can be removed on priority.

The next challenge will be the task of bringing innovation in the agriculture sector as it is the lifeline of Pakistan’s economy. Accounting for 19.5 percent of GDP, the sector employs 42.3 percent of the labour force and provides raw materials for several value-added industries. Because of rapid urbanisation in Pakistan and the growing demand for our agriculture products in the potential Chinese market, we will have to continue infrastructure investments, including setting up reliable transport networks and other building blocks for modern supply chains.

CPEC will go a long way in enhancing the benefits of agri-business by exploiting value-added product innovation and supply chain. Here again, as per the CPEC Long-Term Plan (CPEC LTP), ICT-enabled agriculture and marketing of agricultural products will have to be done at a fast pace to promote a systematic, large-scale, standardised and intensified construction of the agricultural industry.

In the next phase, we will have to promote a transition from traditional agriculture to modern agriculture in regions along CPEC, to effectively boost the development of the local agricultural economy and ensure poverty alleviation. However, this challenge will entail knowledge-sharing with Chinese experts (due to visit Pakistan in August 18) at all levels. This will have to be done in order to strengthen technical exchange and cooperation in the fields such as crop seed reproduction, agricultural technology as well as insecticides.

China’s development in the field of agriculture offers so much for Pakistan to learn from. As a large country with a population exceeding 1.36 billion, China considers providing food to its people as top priority. The country is fast developing its integrative agriculture production capacity, establishing a mechanism for ensuring long-term food security, and promoting environment-friendly and sustainable development to reach the strategic objective of innovation-driven national development.

The development of the agriculture sector is closely followed by the development of the maritime and tourism sectors. Pakistan can do well by emulating the methodological approach adopted by China in the maritime sector, while fully utilising the potential of the ports at Gwadar, Karachi and Port Qasim, and by planning well for the Keti Bandar port in Sindh. Such an approach will jump-start the maritime sector by ensuring that reasonable resources within CPEC portfolio are allocated to this sector in the short, medium and long terms. Expansion in the maritime sector can only happen through meticulously laid out plans and sustained follow-up actions by the stakeholders. Similarly, new models of ship-breaking industry, shipping, marine tourism development could be explored.

We can learn from China and how it has been taking a more holistic approach towards development of its ports. This approach extends beyond building port infrastructure, and includes digital and trade support platforms. Pakistan may also follow similar suit, but should also promote summit conferences on tourism where maritime conferences, yacht or boat exhibitions, international clothing and seafood festivals can be held on a regular basis to enhance the participation and visibility of the domestic and international business communities and tourists.

Similarly, yacht clubs can be found across the coast to gradually promote the development of marine related sports. Additionally, cruise lines shipping to and from Pakistan can be increased to promote the development of tourism. All in all, strenuous efforts will be required on an immediate basis to articulate a long-term plan for expansion and development of ports for building a modern, efficient and safe maritime sector under the guidance of the CPEC LTP and Vision 2025.

All things considered, CPEC after the first stage will be driven by innovative planning in industrial, maritime, agriculture and tourism sectors. Through knowledge-sharing and people-to-people exchanges especially at expert level, China can also support Pakistan as a ‘growth mentor’, while Pakistan can share its experience of CPEC – which in itself can serve as a benchmark for future similar projects in the Belt and Road Initiative.

The writer is a civil servant and project management specialist.

He teaches project management in universities.