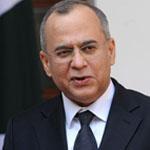 US Defence Secretary Jim Mattis's recent remarks to the Senate Armed Services Committee on CPEC and the Chinese One Belt and One Road initiative provide a disturbing insight into President Trump's Afghanistan and South Asia policy.

Invoking the China factor in the US Regional Strategy is clearly unhelpful. Trump's strategy of continued and indefinite US military presence in Afghanistan assumes new meaning much beyond counter terrorism and the exigencies of stability and peace in Afghanistan.

The US must not allow itself to get sucked into the South Asian quagmire, that is already fraught with uncertainties and a burgeoning chaos. A super power should avoid playing into the hands of local opportunists, who seek to profit from the US policy nuances.

Unless clarifications are forthcoming, Islamabad, Beijing, Moscow, Tehran and other capitals would draw their own conclusions about the US policy objectives and this could fuel the fires in Afghanistan and the region.

US-China consultations and cooperation on Afghanistan have been an important and the most positive element in the ongoing international efforts to stabilize the situation.  China is not seeking to establish it's diktat on the region. The Belt and the Road is geo-economics, predicated on extended partnerships not geo-poltics.

Injecting extraneous elements into the state of play, would be detrimental to US interests, polarize the region and prove catastrophic for Afghanistan.  South Asia must avoid becoming a victim to a new version of the cold war. The locals will find plenty of opportunities in it for their own narrow purposes.

Unfortunately, New Delhi in pursuit of it's animus against Pakistan is trumpeting the China threat to serve as US proxy in the region. The US seems to have played along to a point where the tail is now wagging the dog.

Pakistan's interests in seeing an enlightened, stable and peaceful Afghanistan emerge, converge one hundred percent with those of the US.

Pakistan would like to see the US and NATO succeed in its stated mission of eliminating terrorism and stabilizing Afghanistan. Pakistan has an immaculate record of cooperation with the international community on all major issues, provided the principles, goals and intentions are just.

The US should not be seen as changing the goal post. Enunciating partisan positions is counterproductive. The realistic way forward is to work with friends, Pakistan, China and other regional states to build peace and prosperity.

The Afghan people also need to be reassured that they are not going to become victims,once again, of a new cold war played out by proxies on their soil and with their blood. It is to be hoped that remarks by Mattis were an aberration, either in sorrow or anger, not a new policy construct. (The writer is a former foreign secretary who has also been ambassador to China, India and Denmark)