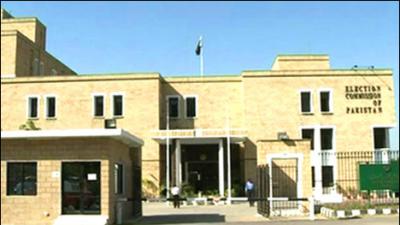 ISLAMABAD: The Election Commission of Pakistan (ECP) has directed all political parties to submit their statement of accounts for fiscal year 2014-15 by today (Saturday).

According to the ECP, political parties have to submit a consolidated statement of accounts of the party duly audited by a Chartered Accountant to the Election Commission after the close of every financial year.

The defying political parties would not be allowed to contest the elections of the parliament and provincial assemblies.

According to sources, Pakistan Tehreek-e-Insaf (PTI), Pakistan People’s Party (PPP) and Awami Tehreek have yet to file assets detail in the ECP.

More than 40 political and religious parties including ruling Pakistan Muslim League-Nawaz, Muttahida Qaumi Movement, Jamaat-e-Islami and Jamiat Ulema-e-Islam have submitted their details of the accounts

PML-N lashes out at FM Qureshi over Article 370 statement