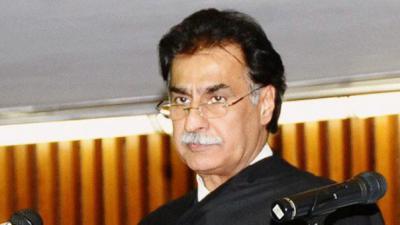 LAHORE: Polling for by-elections in NA-122 and NA-154 constituencies are likely to be held on October 11 as the Election Commission of Pakistan (ECP) reportedly sent a summary of the by-polls schedule to the chief election commissioner (CEC) on Friday.

Sources told Geo News the ECP, after preparing the summary, has sent it to the CEC for approval.

Meanwhile, former speaker National Assembly Sardar Ayaz Sadiq, who was de-seated by an election tribunal that ordered re-polling in his Lahore constituency, was optimistic in winning the NA-122 by-poll.

Speaking with Prime Minister Nawaz Sharif in a meeting earlier today, Sadiq said he was confident that he would win the by-election by a ‘huge margin’.

The premier said on the occasion that there was no room for politics of protests in the country. “Politics of accusations will be buried forever under the votes of masses,” he was quoted as saying.

The premier went on to say that his party was victorious in the people’s court in 2013 and would remain triumphant again in October 11’s by-elections.