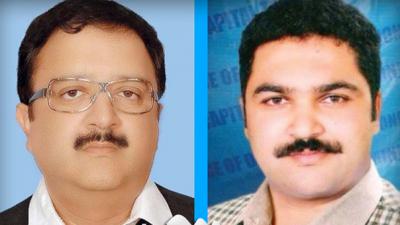 HARIPUR: Candidate of ruling Pakistan Muslim League-Nawaz (PML-N), Babar Nawaz Khan is leading his rival candidates from PTI and PPP by a massive margin in the by-election on NA-19 constituency here on Sunday night.

Polling for the by-poll ended at the scheduled time of 5PM and vote count is still underway, with biometric identification systems being used for the first time on an experimental basis at 30 polling stations.

However, according to unofficial and unverified initial results, PML-N’s Babar Nawaz is leading with 82,725 votes. Pakistan Tehreek-e-Insaf (PTI) candidate Raja Amir Zaman is currently at second position with 56,829 votes.

Polling had started at 8:00AM in the morning and according to some reports, women were barred from voting at five polling stations.

There are 577,480 registered voters, including 259,319 women, in the constituency. Around 2,000 soldiers, 13,000 policemen and 25 platoons of Frontier Corps (FC) personnel have been deployed inside and outside the polling stations to avoid any untoward incident.

Nine candidates, including independents are in the run for the seat.