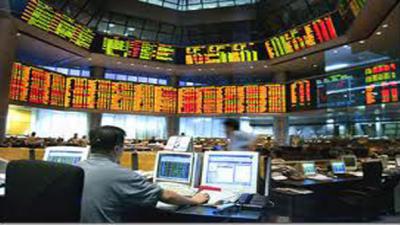 Hong Kong: Asian markets rallied Wednesday, led by an almost four percent surge in Hong Kong on its first post-holiday trading day as it reacted to weak US jobs data that reduced the chances of a rate rise any time soon.

The Japanese central bank´s decision to delay any new easing measures pushed the yen up against the dollar, while investors await the release of minutes from the Federal Reserve´s latest policy meeting.

Oil prices ticked lower on profit-taking in Asia after climbing Tuesday to their highest level of 2015.

Last week´s Labor Department data showing that the US economy created fewer jobs in March than it had for more than a year raised expectations that rates will be kept low through the summer.

The next focal point is the release later Wednesday of minutes from the last Fed meeting, with dealers poring over them for clues about when the bank plans to announce a rise.

In currency trading the dollar edged down after the Bank of Japan stood pat on monetary policy even though the country is struggling to overcome anaemic price growth.

The dollar bought 119.88 yen, down from 120.32 yen in New York Tuesday but well above the low-119 yen range seen in Tokyo at the start of the week soon after the US jobs data.

"There´s still a little bit of doubt in the market as to really where the US economy is, and more importantly, how the Fed perceives the US economy," Raiko Shareef, a markets strategist in Wellington at Bank of New Zealand, told Bloomberg News. The dollar is "in a little bit of a holding pattern", he added.

However, dealers were cautious as Greece faces a Thursday deadline for its next bailout repayment to the International Monetary Fund. Eurozone deputy finance ministers will meet on Wednesday and Thursday to seek agreement on Athens´s reforms needed to unlock the last tranche of its multibillion-dollar bailout and avert a default.
On Wall Street Tuesday the Dow edged down 0.03 percent, the S&P 500 dropped 0.21 percent and the Nasdaq fell 0.14 percent.

Oil prices retreated from their 2015 highs, which were prompted by an easing of fears that Iranian crude would soon flood the market after last week´s nuclear deal with the West.

US benchmark West Texas Intermediate for May delivery fell $1.10 to $52.88 a barrel in afternoon Asian trade and Brent crude for May dropped 71 cents to $58.39.