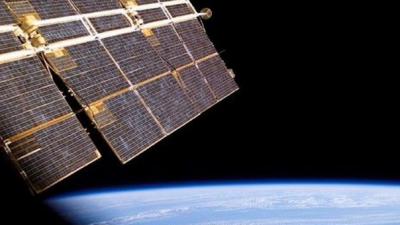 Tokyo: Japanese scientists have succeeded in transmitting energy wirelessly, in a key step that could one day make solar power generation in space a possibility, an official said Thursday.

Researchers used microwaves to deliver 1.8 kilowatts of power -- enough to run an electric kettle -- through the air with pinpoint accuracy to a receiver 55 metres (170 feet) away.

While the distance was not huge, the technology could pave the way for mankind to eventually tap the vast amount of solar energy available in space and use it here on Earth, a spokesman for The Japan Aerospace Exploration Agency (JAXA) said.

"This was the first time anyone has managed to send a high output of nearly two kilowatts of electric power via microwaves to a small target, using a delicate directivity control device," he said.

JAXA has been working on devising Space Solar Power Systems for years, the spokesman said.

Solar power generation in space has many advantages over its Earth-based cousin, notably the permanent availability of energy, regardless of weather or time of day.

While man-made satellites, such as the International Space Station, have long since been able to use the solar energy that washes over them from the sun, getting that power down to Earth where people can use it has been the thing of science fiction.

But the Japanese research offers the possibility that humans will one day be able to farm an inexhaustible source of energy in space.

The idea, said the JAXA spokesman, would be for microwave-transmitting solar satellites -- which would have sunlight-gathering panels and antennae -- to be set up about 36,000 kilometres (22,300 miles) from the earth.

"But it could take decades before we see practical application of the technology -- maybe in the 2040s or later," he said.

"There are a number of challenges to overcome, such as how to send huge structures into space, how to construct them and how to maintain them."

The idea of space-based solar power generation emerged among US researchers in the 1960s and Japan´s SSPS programme, chiefly financed by the industry ministry, started in 2009, he said.

Resource-poor Japan has to import huge amounts of fossil fuel. It has become substantially more dependent on these imports as its nuclear power industry shut down in the aftermath of the disaster at Fukushima in 2011. (AFP)

Here's how you can easily change font sizes in Telegram

India steps up clampdown on US social media giants