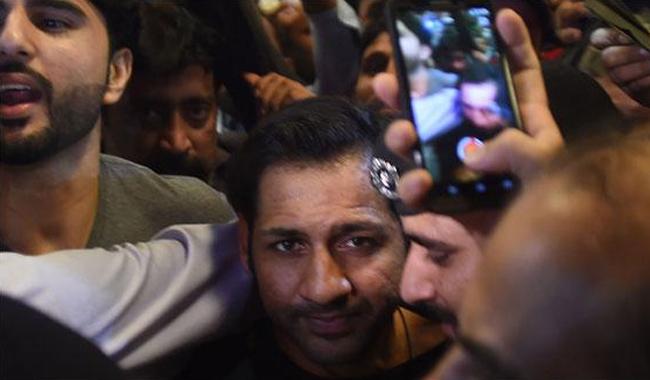 Governor Sindh Muhammad Zubair, Mayor Karachi Waseem Akhtar, and hundreds of Pakistan cricket team’s fans, bearing flowers gathered in the wee hours of Tuesday at the Airport to greet the winning captain and other players. 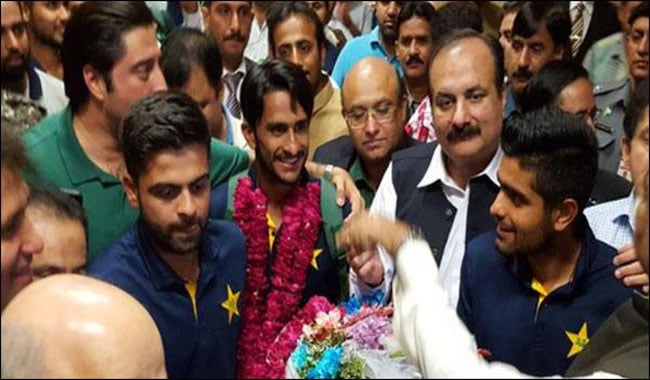 Players were presented with bouquets.

Banners reading "Champion of champions Team Pakistan! Welcome back after such a tremendous victory" were erected at Airport, along with a picture of the team carrying the trophy.

Hundreds of fans gathered at Airport to welcome their heroes who returned home after winning Champions Trophy 2017 title defeating arch-rival India in final.

Fans distributed sweets and chanted ’Pakistan Zindabad’. They took Selfies with their heroes, The citizens on motorcycles and cars, were carrying Pakistani flags and running their vehicles.

Players are returning separately to their hometowns after unavailability of tickets barred them from boarding a flight together.

WC 2019: Ben Stokes alleges there was 'no intent shown from MS Dhoni' during all-important game