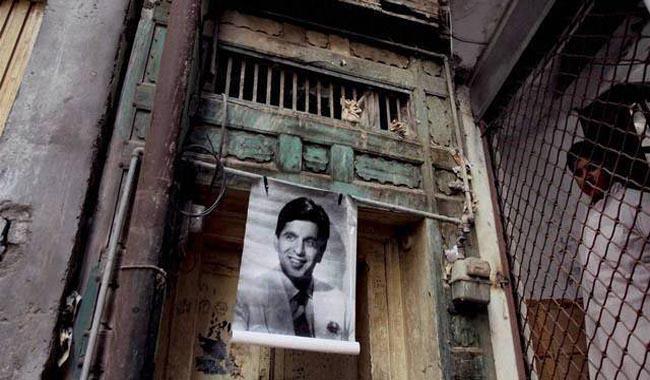 The century-old ancestral property, situated in Mohalla Khuda Dad near Qissa Khawani Bazaar, was in a dilapidated condition.

Only the front portion and the gate of the house are intact now, said Shakeel Waheedullah, General Secretary, Cultural Heritage Council.

He said Saira Banu, wife of Dilip Kumar, has been informed about the condition of the house.

"Saira Banu became dejected after she came to know about the collapse of the ancestral house of Dilip Kumar," he said.

Local authorities have said that they will soon build a replica at the same site.

Some of the biggest Bollywood stars including Dilip Kumar, the Kapoors, Shah Rukh Khan and late Vinod Khanna belonged to Peshawar and their ancestral houses still exist in the city.

Dilip Kumar was born in 1922 at Mohalla Khuda Dad and in his teens he went to Mumbai to become a cinema star.

The government of Pakistan honoured him by awarding Nisha-e-Imtiaz, the highest civilian award of the country, in 1998.