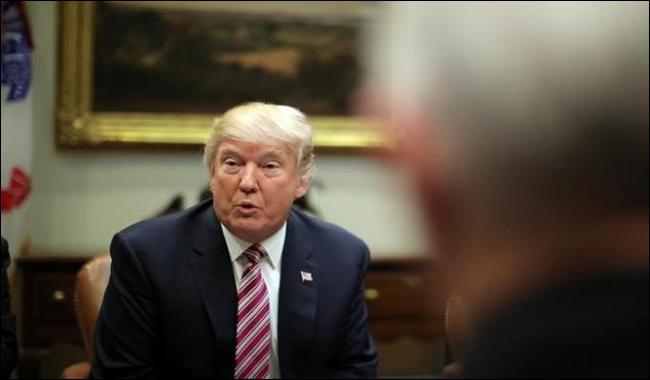 WASHINGTON: MSNBC host Rachel Maddow said on Twitter on Tuesday she had obtained Donald Trump's 2005 tax returns, and the White House responded by saying the president had paid $38 million in taxes on more than $150 million in income.

Maddow said she would reveal Trump's returns on her show at 9 p.m. EDT (0100 Wednesday GMT).

The White House did not release any documents supporting its numbers. It said Trump, as head of the Trump Organization, had a responsibility "to pay no more tax than legally required."

Trump has refused to release his tax returns, saying his taxes were under audit by the Internal Revenue Service.

Presidents and major candidates for the White House have routinely released their income tax returns. Experts say an IRS audit does not bar someone from releasing the documents.

The New York Times reported in October that Trump declared a substantial loss in 1995 that could have allowed him to avoid paying federal income taxes for up to 18 years afterward, based on records obtained by the newspaper.

"That makes me smart," he responded.