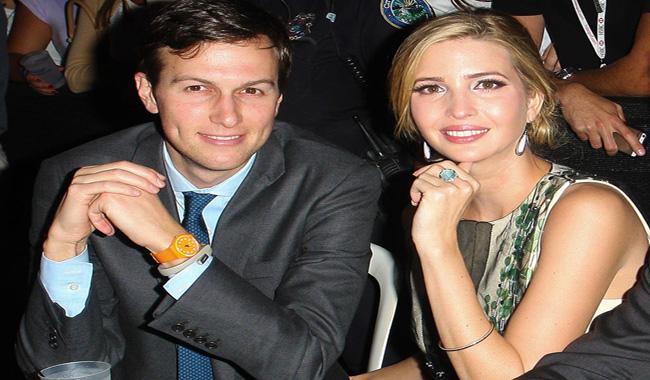 WASHINGTON: A company owned by the family of President Donald Trump´s son-in-law, Jared Kushner, is set to receive more than $400 million from a Chinese firm that is investing in its Manhattan office tower, Bloomberg reported Monday.

The Kushner Companies deal with Anbang Insurance Group for the property at 666 Fifth Avenue is worth $4 billion, with real estate experts calling it an unusually favorable deal for the Kushners, the report said.

It would value the 41-story tower at $2.85 billion, the most ever for a single building in wealthy Manhattan.

Anbang has "murky links to the Chinese power structure" and its previous investments in the United States have raised concerns over national security, Bloomberg said.

The investment deal gives Kushner Companies a cash payout, an equity stake in a new partnership and refinancing of $1.14 billion in existing mortgage debt, said Bloomberg, which obtained details of the agreement which is being circulated to attract other investors.

A large chunk of a $250 million loan will be forgiven, allowing it to be cleared for $50 million, the report said.

Kushner Companies spokesman James Yolles was reported as saying that Jared Kushner has sold his stake in 666 Fifth Avenue so there is no conflict of interest.

Kushner, the husband of Trump´s daughter Ivanka, stepped away from his business interests in property development and magazine publishing to take on a role as Trump´s senior advisor.