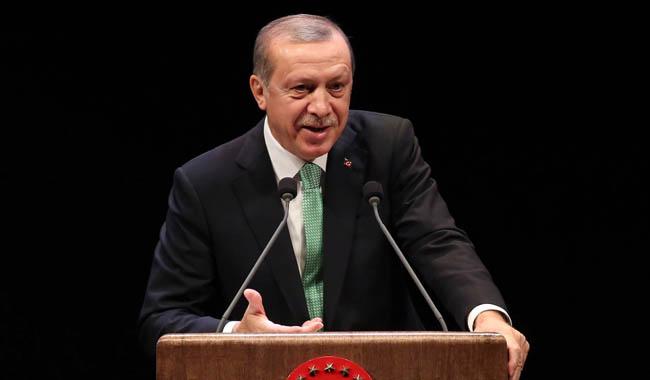 Erdogan has spearheaded a national effort to boost the national currency, calling on people to change money "under their pillow" after the lira lost almost 20 percent in value so far in 2016.

"I thank my people very, very much. But is it enough? It is not. I think my people should push this more," he told reporters in Istanbul.

Since his call on December 2, Turks across the country have rallied to support the ailing currency through incentives while state institutions have converted assets into lira including the defence industry support fund.

In the latest move, Istanbul municipality said it was converting some $42 million (40 million euros) of assets held in US currency into Turkish lira.

Some local businesses have made headlines by offering free wedding packages, kebabs, shaves and even a gravestone for changing money.

But economists doubt such moves will have a significant long-term impact in the face of political uncertainty and concerns over the already fragile economy.

The lira rallied briefly earlier this week but has lost ground over the last two days and was trading on Friday at 3.47 to the dollar, a loss in value of 1.2 percent on the day.

Inan Demir, economist at Nomura International, said that Prime Minister Binali Yildirim had disappointed markets on Thursday by failing to announce sustained and concrete measures to support the lira.

"In our view, the authorities´ response to the exchange rate developments have been underwhelming so far," he said in a note to clients.
Since the July 15 failed putsch which tried to remove Erdogan from power, the lira has lost over 16 percent in value against the greenback. In November alone, it lost over 10 percent.

Erdogan´s spokesman Ibrahim Kalin said on Thursday the president also converted his foreign currency into lira, but did not say how much.