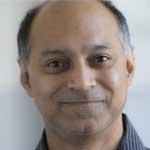 Announcing this budget in parliament was the easy part, despite the rancor through which the speech had to be delivered. Sticking to the promises made in it will be the real challenge. The budget aims to please the business community first and foremost, with a raft of tax and duty reductions so broad and sweeping that it is difficult to recall when so much was given to the business and industrial leaders of the country. But they’re not the only ones. For the wage earners of this country, the budget has brought much needed respite through a hike in the minimum wage equal almost to 20 percent. Salaried people can take some heart at the 10 percent hike in civil servants compensation since their own increments are often move in line with this. Defence spending has risen by a meagre 6 percent, with the bulk of the nearly 18 percent hike in current expenditures, or Rs1.18 trillion, going to civilian heads, though defence division spending in the development budget has nearly tripled, rising to nearly Rs2 billion. Subsidies too have more their tripled from their budgeted amount of Rs 208 billion last year (the actual amount spent in ongoing fiscal year has shot up to Rs 430 billion instead). For next fiscal year they are programmed at Rs 682 billion, of which 87 percent are for the power sector alone, precisely the area the government had committed to the Fund that it will reduce subsidies.

Having made these commitments with the people of Pakistan, the government is now faced with the challenge of getting the assent of its creditors, principally the IMF. And the Fund will ask first and foremost how they intend to pay for all this. The budget envisages a nearly Rs 500 billion increase in external resource requirements for next year, more than a 20 percent increase from revised estimates of the ongoing fiscal year, the bulk of which will come from external loans that are estimated to cost more than Rs1.2 trillion after repayments. Last year they budgeted for Rs810 billion in net external loans, and ended up requiring more than Rs1.3 trillion instead. A lot now depends on whether they can stay within their budgeted envelope or not. In addition, the budget will require Rs866 billion in additional FBR revenues, of which Rs727 billion is supposed to come from indirect taxes, mainly the Sales Tax. Beyond taxes, there is a hike in collections from the Petroleum Levy, equal to Rs160 billion, and a massive increase in the Gas Infrastructure Development Cess which leaps from Rs15 billion last year to Rs130 billion next year. The assumed provincial contribution to federal resources also more than doubles, rising from Rs242 billion last year to Rs570 billion next year.

With a combination of tax cuts and elevated public spending, the government is now set to impart further momentum to their growth story.  The task before them now is to convince the IMF that these expenditures are necessary, and they have a credible plan to mobilize the resources required for the purpose. The fiscal deficit target for next year is 6.3 percent of GDP, higher than the 5.1 percent committed to the fund, despite the fact that nominal GDP for next year is projected by the government to grow by more than Rs 1.1 trillion compared to the growth forecast by the Fund. The difference between the two projections for the deficit is Rs 541 billion, no meagre sum. Even the overall revenue target is Rs134 billion less than that already committed to the Fund.

The Fund will ask for two things first and foremost: a credible tax plan from where the incremental revenues are supposed to come, and a credible plan to curtail the accumulation of the circular debt. From the finance minister’s remarks on the floor of parliament, it seems a fair amount of the revenue plan will rely on administrative measures, such as large expansion in point of sale devices to monitor retail cash transactions as well as bringing retailers into the tax net. Tax broadening of this sort is badly needed in Pakistan, but it is worth keeping in mind that our own history teaches us that such measures don’t generate much by way of revenue in the short term. Other than this, some reliance is being placed on the Sales Tax, though quantities are not given in budget documents. And some amount of natural growth in revenues will come from growth and inflation alone.

Given the resources required, this budget can credibly boost growth to reach or even surpass the government’s target of 4.8 percent. But without external support and remittances at least maintaining the levels they touched in this fiscal year, it will likely create pressures on the government to correct course midway through by recourse to high and fast yielding revenue lines such as tax and levies on petroleum, gas and power, which in turn could act as breaks on the growth momentum. The budget envisages a shift of domestic debt away from floating (maturing in one year or less) towards permanent debt (long maturity periods, such as Pakistan Investment Bonds), but this will also be challenging to attain if real interest rates remain negative for a protracted period.

The growth momentum in the economy is set to continue, and perhaps accelerate, in the near future. But in unveiling this budget the government has placed a large bet that the resultant growth will help to pay for itself. Its predecessors placed the same bet. Their gambit didn’t pay off, at least not for very long. Now we wait to see how it works out this time.