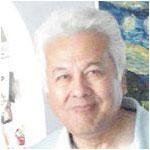 Should the Mayor of London invite IPL here?

As a person of Pakistani origin, it is with great disappointment that I have read reports about London’s Mayor Mr Sadiq Khan trying to invite the Indian Premier League to stage its matches in London.

Of course, there is much more than love of cricket and love of Indians involved here. There is also — and quite understandably — a desire to get one’s hands on some of the money sloshing around in the most lucrative sports tournament in the world.

But the IPL does not allow a single player from Pakistan and the Indian cricket authorities have consistently refused to play with Pakistan anywhere except in an international tournament like the World Cup or the Champions Trophy. It is a policy which amounts to utter and total nonsense and if England or Australia had been the country thus excluded — and if Indian cricket had not been rolling in money - India would find itself on cricket’s naughty steps by now, and Mayor Sadiq Khan would not have been inviting the IPL to England. Money makes the world go round and cricket is very much a part of that world. But isn’t it totally and revoltingly hypocritical to have so much said about the spirit of the game - admittedly something now you would need a powerful microscope to find anywhere — and yet to condone something so undeniably political and dishonest in the administration of the game.

India’s ostensible reason for not playing with Pakistan is supposed to be the country’s alleged involvement in terrorism. But the fact that no other cricketing nation refuses to play Pakistan on this or any other grounds means either that the reason given is nonsensical, or that India is the only country in the world that cares about terrorism and that countries like England, Australia, New Zealand, South Africa etc are really not bothered about it at all. Obviously, both premises are absurd.

India’s stand is further devalued when whatever reservations it has about Pakistan and terrorism are waived aside when India is drawn to play Pakistan in some important international tournament like the World Cup or the Champions Trophy. On what possible grounds can it be kosher to play a team representing a state that ‘sponsors terrorism’ in big events but not bilaterally? Well, one could be that India walking out of a World Cup on the basis of what its government deems the politically proper thing to do would be too much for a cricket-mad nation to stomach. The ‘politically proper thing to do’ goes only so far, before something more ‘politically proper’ comes along.

The result of India’s policy is that all Pakistani players are excluded from the IPL purely on grounds of the nationality they hold. India’s exclusion of Pakistan is in fact so thorough that on Pakistan’s insistence in a recent meeting of the ICC the Indians were asked to give an assurance that members of the Pakistani squad would be given visas for the T20 World Cup scheduled to be held in India later this year. The Indian delegate could not give any such assurance on the spot and has asked for a month to consult his government. His reticence in providing such a guarantee was not unwarranted. After all, India had initially refused the Australian batsman Usman Khawaja a visa based on the fact that he was born in Pakistan. He migrated with his parents to Australia when he was five years old, but that did not matter. His Australian passport showed Islamabad as his place of birth and that was bad enough.

The only reason that can justify a country’s refusal to play another is security and there are any number of precedents highlighting this factor. But although Pakistani players have received death threats warning them not to play in India, the Indian government has never said that it could not provide them security there; and if they can’t, then they really should be looking to some other line of work. In any case, there is no security threat over playing in a neutral venue like the UAE, but India has refused to play Pakistan even there.

The only reason that stands scrutiny is India’s refusal to be a source of revenue for Pakistan cricket or Pakistani cricketers. The feeling seems to be that India generates huge amounts of revenue whenever and wherever it plays, and why should Pakistan or Pakistanis be allowed to benefit from that? Bloody minded as that may sound, it is the only reason that covers the facts. The others are an insult to any reasonable intelligence.

But the game of gentlemen has decided to turn a blind eye to all this, none of which should have anything to do with any sport at any level. It is sheer cussed politics in its meanest form, and I admit I feel strongly about it due to my Pakistani origin and my undying love for Pakistan cricket. But apart from that deeply personal angle, is any of this fair? Mayor Sadiq Khan shares the same Pakistani origin as mine but even if he does not feel the same way as I do on the basis of his Pakistani roots, does he think this is acceptable? Will an IPL played in the UK open its doors to Pakistani players or will it continue to keep them shut on the basis of a political presumption that none of the other cricket playing nations of the world share with India? And if it continues to keep them shut, as I think is very likely to be the case, then does he think the basis on which the IPL choses to organise itself fulfils the basic requirement of any sport, leave alone a game that prides itself as reflecting gentlemanly values?

Of course, one argument for the London Mayor can be that we don’t want to import the politics of the subcontinent into the UK. I would beg to cut this off now by saying that hosting a sporting event in the UK in which the politics of the subcontinent decides who plays and who doesn’t, is doing exactly and precisely that; a second argument could be that the ICC is the governing body for the game and if the ICC thinks the basis on which India conducts its cricket is fine, then it is okay with him. However, Mayor Sadiq Khan and the office of the Mayor of London are not sporting bodies like the ICC. They are very much political bodies and whether the IPL’s stand on Pakistan is politically acceptable or not, is a question they should consider and answer. Equally important, Mayor Sadiq Khan has to consider how he would be seen by the British Pakistani community, a community of which he is a member, if he were to be playing host to a cricket tournament that excludes Pakistanis for no reason other than that they are Pakistanis.

The writer is the former editor of The News London.