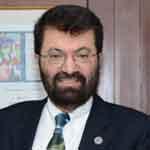 On April 2, Dr Atta-ur-Rahman, a former chairman of the HEC (2002-2008) and a contender for the position again, after the unfortunate ordinance aimed at cutting my term prematurely, wrote in this newspaper to criticize the HEC’s record of performance under my tenure.

Quite clearly, he is trying to divert attention from his recent attempts to escape accountability. Nevertheless, since the issues have been raised publicly, they need a public response. Rahman applies a number of derogatory terms to describe the agency under my stewardship, including "destruction", "lost its way", and “slow down”, and compares it unfavourably to his six-year tenure.

This raises a major question. It is now 19 years since Atta-ur-Rahman became HEC chair, and 13 years since he stepped down. This is enough time for the impacts of his actions to become evident. If he had done some good work, as he claims, the quality of education and research should have improved dramatically. The reality is quite the opposite. The value of Pakistani degrees has deteriorated.

The only places that show some improvement in the quality of education or research are those over which the HEC has had little to no influence – for example: the best non-profit universities (LUMS, AKU, Habib, GIKI, etc), the universities established by the armed forces, and engineering and medical programs, which are regulated by other councils.

The reason is the patronage-based system established at the HEC under Rahman’s initial years. It is this system and its various manifestations that I had set out to dismantle. All the points raised by Rahman and others in these pages are attempts to defend this patronage-based system. The HEC today is merely trying to clean up the mess of 15 years of unaccounted and unaccountable spending.

Take the case of the foreign faculty hiring programme. Launched with much fanfare, its ostensible purpose was to offer high salaries ($60,000 per year or more) to attract foreign scholars to Pakistani universities. In practice, it suffered from serious flaws of conflict of interest and unintended policy consequences. By some accounts, it was a vehicle for patronage and corruption.

Yet, the HEC has never tried to do an accounting or assessment of whether the programme worked, what outcomes it produced, directly or indirectly by the scientists who visited or those with whom they worked.

There was little thinking behind what kind of people it would likely attract. While a few good scholars did indeed take advantage of it, the vast majority did not have the requisite quality. Many were expatriate Pakistanis looking for jobs anywhere. Others were unknown commodities from nondescript universities. Indeed, a number of the most reputed universities consistently refused to take the HEC’s foreign faculty scholars on matter of principle, if not its utility.

A recent whistle-blower report publicised the blatant corruption racket run by the director of the Abdus Salam School of Mathematical Sciences (ASSMS) at GC University Lahore. This institution was often touted as the most important success story for the programme. According to the whistle-blower report, the director recruited tens of former Eastern European mathematicians – most of whom only showed up a few times, temporarily or never at all. Some drew their high salaries, while others claimed that their salaries had been pocketed by programme staff.

To this day, the universities are unable to say in concrete terms how they benefited from the presence of expensive (and often invisible) foreign scholars – whether they were able to make a research breakthrough, attract additional research funding, improve the quality of the syllabus, provide training to faculty members, or anything else that matters to a university's quality or reputation.

Bottom line: with some exceptions, it was a program designed to favour preferred individuals; it involved a waste of public money, and had little to no quantifiable impact. The best course is to let the universities do their own hiring.

Rahman also claims that his "successful initiative" of providing scholarships to students for PhD abroad was curtailed by me. He claims that he sent 11,000 students abroad during his six-year tenure, while I have failed to utilize money allocated for the purpose. All of these claims are false.

First, the data. According to the HEC Vision 2025 document, published in 2017, the total number of PhD scholarships awarded by the HEC in the entire period since its founding was 8,131. Compared to this, about 1,400 students are enrolled in HEC-funded PhD programs today (in addition to over 500 in other programs). In fact, more HEC scholars are enrolled in foreign universities today than at any other time in history. To say that the program has been curtailed is completely untrue.

But to return to the earlier question: why has the quality of education and research in the country deteriorated instead of improving despite the generous scholarships? The simple answer is that if all scholarships had been awarded on merit, they could have produced the desired impact. But if half or more were awarded on the basis of patronage or favouritism, they could only deepen the malaise of poor quality.

The past selection procedure was highly suspect. A diplomat from a European country complained to me about the reported lack of preparation of Pakistani PhD students. A Dutch professor confided that the leading universities from his country – Delft, Leiden, Eindhoven, Twente – were so utterly unimpressed with the quality of ‘HEC scholars’ that they had decided not to offer admissions to them. In fact, they raised the bar also for non-HEC students. This created a bad impression of Pakistani students and created an opportunity for students from other countries – India, Iran and Brazil.

This patronage-based system has now been replaced with a merit-based one. Students are encouraged to apply directly to top universities. The HEC has tried to ensure that the selected students are of a significantly higher quality, and that they are placed at better universities at a lower cost to the national exchequer.

The writer is the former chairperson of the HEC.