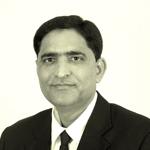 M Cherif Bassiouni, an eminent professor of criminal law, said that "to define terrorism in a way that is both all-inclusive and unambiguous is very difficult, if not impossible.

“One of the principle difficulties lies in the fundamental values at stake in the acceptance or rejection of terror-inspiring violence as a means of accomplishing a given goal. That is why the search for an internationally agreed-upon definition of terrorism may well be a futile and unnecessary effort."

Criminal law experts have not been able to agree on a single legally binding definition of terrorism. Governments and UN agencies are reluctant to formulate an all-encompassing definition as the term ‘terrorism' is emotive and politically charged. However, the international community has criminalized terrorist activities under sector-specific conventions.

At the same time, the UN has attempted to provide a standard description of terrorism: "criminal acts intended or calculated to provoke a state of terror in the general public, a group of persons or particular persons for political purposes are in any circumstance unjustifiable, whatever the considerations of a political, philosophical, ideological, racial, ethnic, religious or any other nature that may be invoked to justify them."

The definitions of terrorism under these laws either focused on the magnitude of an offence or its terrorizing effect on the society or the nature of the weapon used while committing an offence. These shifting definitions resulted in conflicting judgments by our courts. The cases of terrorism kept on shuttling from one court to another due to the imprecise definition of terrorism.

CJP Asif Saeed Khosa took this challenge and constituted a larger bench of the SC to define ‘terrorism'. The SC has examined all the relevant cases decided so far and noted that, in some cases, only those actions constitute the offence of terrorism which are accompanied by the ‘design' or ‘purpose' specified in Section 6 (1) (b) (c) of the Anti-Terrorism Act, 1997 (Act).

In another category of cases, the SC observed that the "fallout, consequences or effect" of an action weighed upon the courts to decide whether an action was terrorism or not.

After a thorough analysis of the anti-terrorism laws and judgments, the SC has concluded in criminal appeal No 95 of 2009 titled Ghulam Hussain v The State (decided on October 30, 2019) that only those actions fall in the definition of terrorism where the ‘use or threat' of such action is designed to achieve the objectives specified in Section 6(1) (b) (c) of the Act. Clause 6(1) (b) envisages those actions which are designed to "coerce and intimidate or overawe the government or the public or a section of the public or community or sect or create a sense of fear or insecurity in society".

Clause 6(1) (c) stipulates the purpose advancing "a religious, sectarian or ethnic cause or intimidating and terrorizing the public, social sectors, media persons, business community or attacking the civilians, including damaging property by ransacking, looting, arson, or by any other means, government officials, installations, security forces or law enforcement agencies".

The SC clarifies that effect of an action, howsoever "grave, shocking, brutal, gruesome or horrifying" it may be, cannot be made the basis to label an action as terrorism, if such action is not carried out to achieve the objectives mentioned in Section 6(1)(b) (c) of the Act. In other words, the SC explained that the crimes committed in the context and background of personal or private enmity or revenge do not fall in the definition of terrorism.

For further clarity, the SC has recommended that parliament should provide a succinct definition of ‘terrorism' focusing on ‘violent actions' aimed at achieving "political, ideological or religious objectives".

Given the challenging nature of terrorism, the UN should eliminate or minimize sectoral treaties and proactively negotiate a comprehensive convention on international terrorism. It would help states to legislate in line with the international perspective of terrorism enabling national law-enforcement agencies to handle the terrorism cases effectively.

A clear definition of terrorism would reduce the unnecessary burden of cases, allowing our courts to focus on actual cases of terrorism. It would help fight the menace of terrorism, making Pakistan a peaceful and prosperous state.