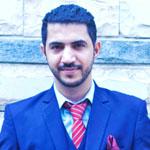 Naya Pakistan has surprised us again with fresh and untimely tides of change in ministerial portfolios; amongst the fresh casualties, the minister for finance by far is the most shocking.

Asad Umar, who barely had eight months to show his capabilities as financial wizard, was shown the exit door amidst the highly anticipated IMF deal. Given Pakistan’s financial issues and the ongoing negotiations with the International Monetary Fund (IMF), the finance minister’s portfolio is arguably second to the prime minister’s. Hence, naturally there will be a number of fallouts from this development, including further delay in the negotiations with the Fund when their team was set to arrive for the final talks later this month.

Whether Umar was the right man for this job or not – and that is debatable – the timing could not have be worse. On the brink of financial turmoil in the country, time is the most important essence, even more important that the IMF’s financial infusion itself. In the aftermath of all these recent developments, the portfolio of minister for finance seemed to be a double-edged sword. The new finance minister will not only have a much tougher role to play but also be coming with significant expectations, from the prime minister as well as the disheartened-and-confused party supporters.

As the honeymoon period of the incumbent government lapses, things are only taking a turn for worse, as it seems. The PTI government enjoyed at least a period of six months when voters gave them the benefit of the doubt and the leverage of being new to office. The same will not happen to the newly chosen minister for finance.

In addition, it is no hidden truth that the bureaucracy in Pakistan functions rather differently; thus, the incoming minister would need time to familiarize himself with the bureaucratic norms too. However, the honeymoon period could only last for days.

Speaking of financial infusions, the long-awaited IMF deal will also be lingering over Q block. Since coming to power, Khan’s government’s has been in a dilemma on whether to approach the IMF or not. Now that they have finally come to terms to accept a deal from the lender of last resort, the unexpected and untimely shuffle within the government ranks has halted the entire process.

Since the last elections, Islamabad has successfully managed to secure some relief from friendly countries but that relief too is wearing out. In addition, the financial ratings of the country are nose-diving. According to S&P Global, the recent fall in the ratings is attributed to the delay in finalizing a deal with the IMF, among some other factors. Thus, securing this deal is of paramount significance at this stage.

Along with urgency in security a deal with the IMF, the China-Pakistan Economic Corridor is also at its realization period; analysts are calling it a ‘make or break’ period. Just next week, the prime minister is scheduled to visit China to attend the Belt and Road Forum. At such an auspicious occasion, where leaders of 40 countries and delegates from over 100 countries are coming together, a self-inflicted economic and financial dent should have been the last thing for Pakistan to worry about. Arguably, this will be the most urgent task for the new finance minister, who will quickly need to get a hold of CPEC-related developments and join the prime minister to utilize this opportunity in the best possible way for the country.

The take-outs from this entire episode are three-fold: assign portfolios based on relevant qualifications and experience. Once assigned, have some patience and avoid haste, and finally, as a leader you can always put your foot down if something is not going as planned, but be mindful of the criticality of time.

The writer is an economist and is working as a project manager at KSBL.