Effective communication sermons have been done to death.

Effective communication sermons have been done to death. Every individual from every walk of life has got their own nuggets of wisdom around how to best communicate with others. But ironically this is the single most area where we all tend to mess up every now and then. It is easier to preach than to practice and hence I have taken the easy pathway here.

Having reasonable communication skills not only helps you to succeed at the workplace but if used sensibly it also heralds a peaceful co-existence with other members of the family at home. But for purposes of this article let stick to the merits one can reap at the workplace. They are however transferrable to the domestic front with added dosage of tolerance. 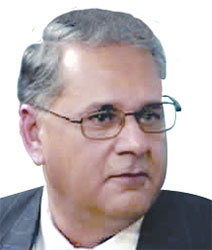 Communication is at the heart of all management techniques and principles. It is a tool that either creates respect or leads to ignominy. Talking is not communication; neither is mere writing. “I didn’t follow that …”  “no that is not clear to me”; “what did you mean when you said...” all such statements manifest that the intended message has not been carried to the recipient.

The challenge in communication is the simplicity of language and to possess that, one needs to know very clearly what one is talking about. Clarity in communication can only be achieved if there is clarity in thought. Science tells us that we speak about 100 words per minute, while our thought (brain) speaks about 600-700 words per minute. Consequently, there is need to filter and on a continuing basis select the “right words” to either say or write. Followed by choice of right words is the ability to be sensitive to the feelings of the recipient of your communication.

Sir Walter Raleigh, had once stated, “Undutiful words of a subject do often take deeper root than the memory of ill deeds.. the late Earl of Essex told Queen Elizebath-Ist that her conditions were as crooked as her carcass; but it cost him his head, which his insurrection had not cost him, but for that speech“.. All managers must know that to say foolish things or to make uncalled for comments, is even more dangerous and harmful than actually doing them.

The most trying times when communication skills are put to test are during crises or conflicts. When everything is going well, one can coast along with whatever interpersonal skills they may have but it is when the heat is turned up that’s when things get sweaty. Imagine diverse people from different backgrounds, perceptions, experiences, attitudes and personalities, all locked up in a room or placed on a floor for at least eight hours each day, day in and day out, with challenging tasks to undertake, deadlines to meet and projects to deliver- how can one avoid conflict? This is where you need to polish your diplomacy skills rather than get on to each other’s throats. Gossip, both harmless and malicious adds fuel to the fire and it needs to be nipped in the bud. Keeping an open door, maintaining an accessible approach and upholding respect for all staff members regardless of their hierarchy is essential for your message to be trusted and acted upon. If one doesn’t walk their talk then no amount of communication registers with teams because of lack of sincerity.

Living in the world of interconnectivity via technology has helped our cause but at the same time it has invaded the personal aspect in our interactions. Emails are a great way to communicate in many instances but nothing beats a quick walkover to your colleague’s desk to quickly check something and move on. Words and statements written in an email lack emotions. They don’t convey the exact tone and intention that was actually intended and therefore carry an uncanny potential to be misconstrued in any way that the reader may like to interpret. This is can be a potential recipe for disaster in some instances. Having said that, it is advisable to have telephonic chats or a quick meeting only whilst ‘standing’ else they can drag out to be full-fledged sessions hijacking hours on end.

The demand to communicate and the time spent upon it is also determined by the office held. A CEO’s job is to communicate for employee morale, competition, success, challenges of the market, and this aspect by some management Guru’s estimation takes about 60 percent of CEO’s time. Since it involves considerable investment of time there is an obvious need for organization to have well defined and documented communication strategy. The delivery of communication would inter-alia include, but must not be precluded in any manner to other subjects and areas; like the budgets, business and financial, company’s mission, vision, goals and direction, all of this need to be communicated through the various echelons of the organization.

Communication is everybody’s job. We communicate for better results. Managers and supervisors must invest time and energy to master skills in communication. Let there be no distortion while communicating. A command over at least simple language, is an absolute necessity. Always think in the language, you wish to communicate in, regardless of it being written or verbal. If you think in a language that is different from what you use in either written or verbal communication, the results could be disastrous, because the mind continuously translates, and invariably does so almost incorrectly. “Reading maketh a full man, conference a ready man and writing an exact man”, had said, Francis Bacon.

Offer feedback as frequently as you can and it doesn’t have to be a formal sit down arrangement followed by a meeting request. It could be quick, on-the-go, to the point and specific but packed with that intense dosage of genuine praise such as ‘very well done on releasing client orders despite your tight deadlines on project X”. “You have shown great multitasking skills”. Negative feedback needs to be constructive and not personal. A persistent late comer can be approached by saying that ‘I am noticing that your project deliverables are being affected. Perhaps there is a need to manage time better. How can I help you to improve and manage better?’

The communication methodologies include verbal, written, visual and in my personal estimation, the most powerful format of communication, is done through the “unsaid words” – eyes, the twinkle or lack thereof, the tone, tenor, posturing, gesticulation, etc. are all important ingredients of communication.

It is essential to plan and construct properly your internal memo’s and external letters. There should be proper title / subject; breakdown of the issue into points, in order of priority and importance. Clarity adds transparency to the quality of communication.

From your communication toolkit, stay away miles away from the micromanagement ailment. For some reason, no manager would ever be found saying that they are a micromanager. Each manager thinks to themselves that they have given reasonable autonomy to their teams. But in reality we do find the same managers being inflicted with this crippling disease. It is hard to let go and delegate. A sign of poor communication dynamics is also that lack of trust that a manager harbors towards his team. Unfortunately it results in a manager breathing down the employee’s neck and it results in stifled and demotivated outcomes from a potentially bright team member. Let employees take ownership of their work. Share with them the direction of the company, the goals of the department and the team. Don’t keep secrets from them if you want them to contribute value towards the larger goals. Include them rather than ostracize them. Don’t play favourite and divulge classified information to the blue-eyed creating a sense of gulf amongst the team.

In order to be effective, it is important to really connect with people at a deeper level rather than having transactional relationships. For this to materialize the principles of mutual respect, sincerity and trust in the other person’s ability to deliver need to be sustained.

The ‘Emotional Quotient” must remain very high when indulging to communicate, a whole day, week or even months may be lost by a bad conversation. The recipient flares up; get into a negative state of mind – therefore before you “press” the “send” icon on your key pad, it may be best to re-read the message… just ask, how would I feel, if I was its recipient. My Boss in, an earlier organization, Mr. Saleem Akhtar, had taught me a golden rule, that all communications to Head Office and the regulators must be incubated for at least twenty four hours, especially those written in an angry or anguished state of mind, before they are dispatched. Re- read the next day and then dispatch. The content and quality of the communication is bound to undergo a radical change, once slept over.

Pen is the tongue  of the hand with same powers. We must use it judiciously. Verbal communication is not to acquire the status of a demagogue. It is important to remember that communicate not because you want to; you communicate only if you have something to communicate.

The writer is a senior banker and a columnist

Do businesses have a soul