The inaugural edition of FocusPK, a two-day conference dedicated to the business of entertainment that made its appearance in Karachi this past weekend, gave music industry insiders a chance to highlight issues that matter most to them

A slew of artists dissect issues related to the
ever-evolving music scene of Pakistan.

The inaugural edition of FocusPK, a two-day conference dedicated to the business of entertainment that made its appearance in Karachi this past weekend, gave music industry insiders a chance to highlight issues that matter most to them.

One such session aptly titled Music: Background Scores, Piracy, Royalty and Copyrights did just that. Moderated by Zohaib Kazi and featuring a panel that included Zeb Bangash, Shallum Xavier, Omran Shafique, Zeeshan Chaudhry (from EMI Pakistan) and Danish Khwaja, representing a local music channel, it was a dialogue that addressed several subjects that relate to the music scene. Despite the absence of Shiraz Uppal and Taha Malik, both of whom were also supposed to speak during the session, the conversation showcased a variety of views.

The conversation included addressing questions like why film music, being produced by Pakistan, has been unable to capture the fancy of listeners in a manner that is witnessed in India. 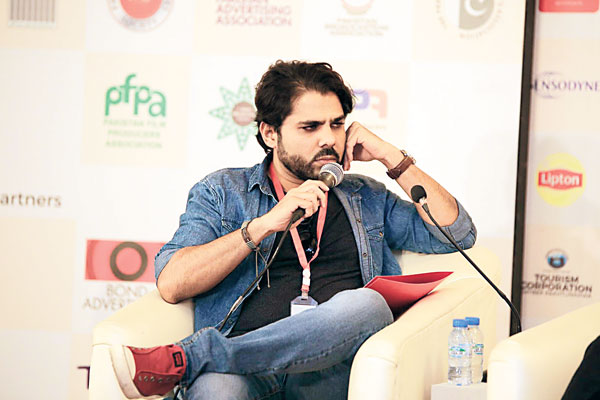 Addressing the question, singer-songwriter Zeb Bangash eloquently explained that its not just film music but music at large that struggles for visibility. “We have to look at what happened, look at the history and let’s look at the context of the music industry.”

The role of the monopolizing policies of Fire Records and its adverse effect on the industry at large was also highlighted. Khwaja pointed out how the number of music channels operating in the country has gone down from seven channels to three. It was also pointed out that all this has led to a decrease in music production and the production of music videos.

Shallum Xavier explained how the situation in the country has had an impact on the music community. “The country is going through a phase and music is a reflection of the society,” Xavier noted and explained that creative input hasn’t diminished as young artists are entering the industry.

“This confusion that music is lost is not true; everyone here is working towards making sure that we eventually get where we are supposed to be. We are doing our best,” he noted further.

“Because of television playing old music, like Coke Studio, newer artists are not making original compositions. Its one angle. That said though, we haven’t lost anything.”

Zeb Bangash pointed out how there is no such thing as a signature Pakistani sound. “We have to be sensible about this. We are very young, very small. We should not be in any hurry to decide what the Pakistani signature sound is and what we should hold on to. We are trying to figure out who we are and we should be given that space, by channels, by sponsors, by media. We should be encouraged to do original things, to do new things and to mess it up, sometimes.”

Omran Shafique observed that film music is a learning process for everybody involved as the film industry has restarted after years of stagnation. “We’re all still learning. But it’s a matter of time. We’re trying to find that Pakistani film music voice. Just like we need to develop our own style of movies,” he explained. 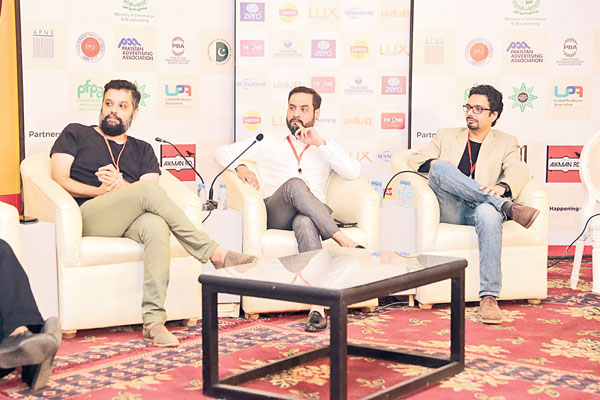 Reflecting on how music in Pakistan is often born as a result of pure passion, Shafique recounted his own journey. “I played music for ten years before I earned anything and I was working on music, almost like a full-time job. Its now that I expect a little bit.”

Though the conversation also veered towards harder issues like piracy and royalties, as well as the importance of workshops that allow younger, aspiring artists a chance to pick up both skill and an opportunity to learn from their professional predecessors, and whether the traditional role of record label model has become obsolete, the sentiment echoed by the artists’ present was one of optimism, in not just their own ability but the ability of those who have come after them. As Xavier said more than once, “We’re moving in the right direction.”