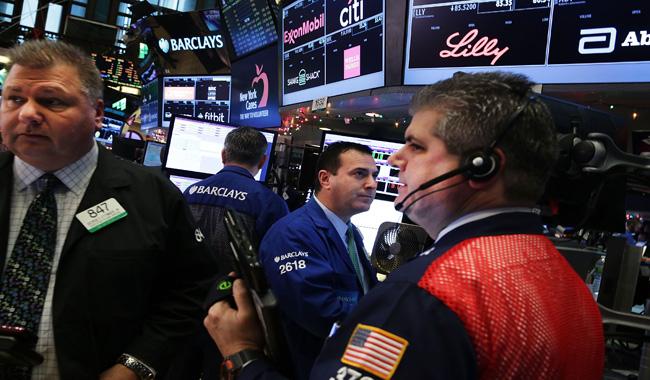 The benchmark S&P 500 U.S. stock index on Friday notched its worst five-day start to a year on record as fear of a slowdown in China offset a surprisingly strong payrolls report in the United States.

Brent and U.S. crude futures prices extended their weekly slide to more than 10 percent, pressured by unrelenting oversupply and a bleak demand outlook.

Stocks had opened higher on Wall Street after data showed the economy created many more jobs than expected in December and previous months were revised higher.

But the S&P 500 hit its session high within five minutes of the open and closed near its session low, down more than 1 percent on the day and 6 percent for the week.

It was the largest weekly drop in more than four years and the largest 5-day slide to start a year on record.

"The market’s reaction (to the jobs report) is something between curious and concerning," said Richard Scalone, co-head of foreign exchange at TJM Brokerage in Chicago.

"People are skittish in holding positions. If you are long stocks, you think you might be saved by this jobs report. If they don't go up, you are in trouble.”

Investors fear that China, the second-largest economy in the world, is growing more slowly than expected and could further weigh on commodity prices and global economic growth.

Stocks and other risk assets got support earlier from Asian markets after China nudged the yuan higher for the first time in nine days, easing fears it had lost control of the currency, and as the Chinese stock benchmark rose 2 percent.

MSCI's broadest gauge of stocks globally was down 0.8 percent on the day and fell more than 6 percent this week, also the largest such drop in more than four years.

"What's going to come out of China is a short-term concern for the market, so maybe the ... decline we've seen is not quite enough," said Andrew Slimmon, a Chicago-based portfolio manager at Morgan Stanley Investment Management, which manages more than $400 billion in assets.

He said concerns are only near-term and the beginning of earnings season will "remind investors that the U.S. micro story hasn't changed."

Traders are indeed more concerned near-term, with the spot price of the CBOE volatility index higher than futures three months down the line. The VIX "fear index" closed Friday at its highest since late September.

For others, however, the mood is bleaker.

"The start of the year is very poor, so that's got investors on the defensive," said Bucky Hellwig, senior vice president at BB&T Wealth Management in Birmingham, Alabama.

"In the face of weakening global growth," he said, "it's difficult to find reasons to commit money at this point even if one is bullish."

NO RESPITE FOR OIL

Goldman Sachs said in a note on Friday the market needs to see sustained low prices through the first quarter and that producers were not ready to slash output at current prices.

The dollar climbed on measures taken by China to ease this week’s market turmoil and on the U.S. payrolls data, but gains were limited by worries over whether Beijing has done enough to calm its battered stock market.

Spot gold fell for the first time this week but gained more than 4 percent for the week, the most for any week since August.