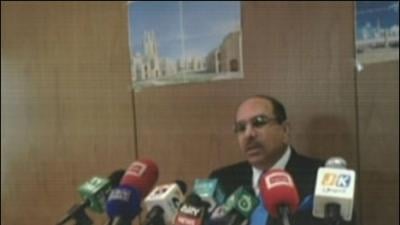 LONDON: Owner of Bahria Town and famous philanthropist, Malik Riaz on Sunday announced that the foundation stone of Altaf Hussain University will be laid in Hyderabad on Friday.

The Bahria Town owner had announced to build a university for the residents of Hyderabad and name it after the Muttahida Qaumi Movement (MQM) chief. Riaz said that development work on Altaf Hussain University would commence on Friday.

Speaking at press conference here, he said his organisation would also launch a medical college in Karachi and vowed to generate 2.1 million employment opportunities if given the government’s support.

He vowed to provide free houses to 3,000 homeless people in Karachi. However, he added that no new housing project would begin till the completion of ongoing Bahria Town project in the port city.

Riaz expressed his keenness on building tourist resorts in Gilgit and Skardu. “Why can’t the whole Pakistan become like Europe, America and Dubai?” he questioned.

Answering himself, he said Pakistan could become England within two years, but wrong policies stop it from being so.

The philanthropist ruled out law and order problem in Pakistan and said that there was a need to build infrastructure in the country.

Pakistan's GDP growth must be increased by 6 to 7 per cent: Shaukat Tareen