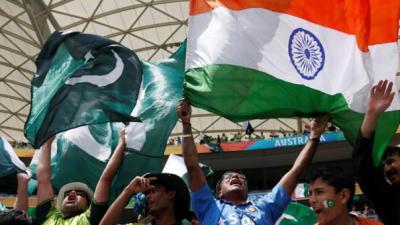 Condemning the terrorist attacks in Gurdaspur, Board of Cricket Control in India (BCCI) Secretary Anurag Thakur on Monday said the incident has put the India-Pakistan cricket series in jeopardy, Indian media reported.

At least 10 people were killed earlier in the day as Indian security forces battled an armed attack on a police station in India’s Punjab state.

Pakistan has condemned the terrorist attack with the Foreign Office extending “deepest condolences to the government and people of India”.

The cricket series between the two arch-rivals was scheduled to be held at a neutral venue -- Abu Dhabi -- in December this year.

“Internal security of the country can’t be compromised,” said Thakur, adding that even though sport was a different issue.

The series was a part of the six series MoU signed between the two boards that is applicable until 2022 under the new Future Tours Program system of the ICC. Three Tests, five ODIs and two T20s were to be played in the series.

Meanwhile, head of PCB’s Executive Committee Najam Sethi said the Indian media’s reports carry no weight until issuance of a policy statement by the Indian authorities.

PCB chairman Shaharyar Khan among other Pakistani officials has visited India in the recent past to restore cricketing ties between the two South Asian neighbours.

Pakistan Test captain, Misbah-ul-Haq was also looking forward to the series.
“I want to play a few more Test matches as I look forward to life beyond cricket. But there is a plan. If the series against India happens, I want to play that series and probably retire from international cricket [after that]," he said.

India had cancelled bilateral cricket series with Pakistan after the 2008 Mumbai attacks. However, it hosted Pakistan in 2012-13 for a short limited-overs series.

Pak vs Eng: Front foot no-ball tech to be tested in England-Pakistan series