On this day: Cricket prodigy Waqar Younis made magical Test debut against India 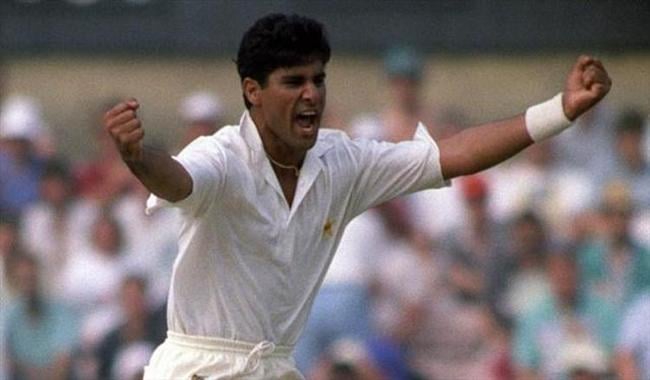 Regarded as one of the greatest bowlers of all times, Waqar dismissed Sachin Tendulkar on 15 runs off 24 balls with great ease, the latter debuting for the same Test from the opponent’s side, who went on to become another cricket legend in history.

Boasting a career record of 87 Tests and 262 One Day International (ODI) matches played for Pakistan during his international cricket career from 1989 to 2003, Waqar Younis established himself as a force to be reckoned with.  Taking 373 Test wickets and 416 One Day International wickets, Waqar together with bowling partner Wasim Akram, formed one of the world's most formidable bowling attacks.

Waqar, famously known as someone who really put reverse into his swing, aside from having a glorious athletic career as fast bowler, also rendered services as the coach of Pakistani cricket team on 3rd March, 2010. He worked as bowling coach with the national side from 2006 to 2007.

Discovered by Imran Khan, Waqar terms his selection for debut match as a surreal, life-changing experience for him.

"Imran watched me on TV, and actually came to the ground to watch the end of the game. The very next day, he met me and told me that I will be going to Sharjah next month. Just meeting Imran at the time was enough of an experience for me, but for him to notify me of my selection was just out of this world," shared Waqar.

Swiftly sending Sachin Tendulkar and Kapil Dev back to the pavilion with his inexorable bowling techniques; Waqar alone took 4 wickets in the match that marked the beginning of an era for the phenomenal fast bowler.