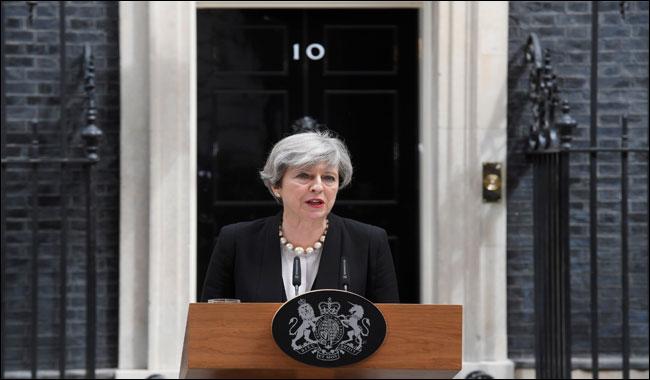 MANCHESTER, United Kingdom: Britain prepared to deploy soldiers at key sites on Wednesday, having raised its terror threat level to maximum after a suicide bomber massacred 22 people at a pop concert in Manchester.

Addressing the nation from her Downing Street office, Prime Minister Theresa May warned late Tuesday that a new attack "may be imminent" and there was a possibility of "a wider group of individuals linked to this attack".

May said the threat level was being raised from severe to critical on the recommendation of the intelligence services and she was activating a plan for armed military personnel to assist police.

Her dramatic statement came after 22-year-old Salman Abedi, a Briton of Libyan descent, was identified as the perpetrator behind Monday´s deadly attack at a concert by teen idol Ariana Grande.

Daesh militant group claimed responsibility for the carnage, which was condemned by world leaders including US President Donald Trump, who branded people carrying out atrocities "evil losers".

Police said soldiers would initially be on guard duties at fixed points and could also be sent to patrol transport hubs, concerts and sports events.

The plan, which has never before been used and is codenamed Operation Temperer, was first revealed after the November 2015 Paris terror attacks and is believed to allow up to 5,000 troops to be deployed.