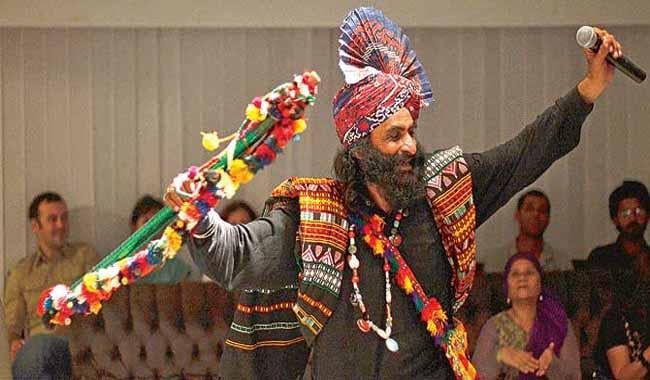 KARACHI: The sixteenth death anniversary of Sindhi folk singer and recipient of President’s Pride of Performance, Allan Faqeer is being observed on Monday, July 4.

According to the Radio Pakistan, Allan himself chose the suffix ‘faqeer’ for his name.

Allan Faqeer- the singer of 'Humma Humma (Allah allah kar bhyyia), a fusion of pop and folk singing, not only took Pakistan to the centre of the world music arena but also led to his co-singer Muhammad Ali Shehki to new heights of popularity in the late 1980s.

He was bestowed with the presidential honour of ‘Pride of Performance’ in 1980. The Sufi singer also received Shah Latif Award, Shahbaz Award and Kandh Kot Award.