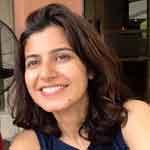 Two news items caught my eye recently. The first was a report about economics researchers at a college in Lahore. They “concluded that a shift towards higher value-added exports... was the only realistic way for Pakistan to realize sustained levels of higher economic growth.” The story made me sit up – not because it was a revelation, but for its banality.

High value-added exports that can compete in the global market are predicated on optimized supply chains, business-friendly policies, technology and, perhaps most of all, the availability of at least a literate, semi-skilled workforce. Countries with superstitious, untrained and illiterate populations, with 20 million school-aged children (10 percent of the total population) out of school, tend to be incapable of exporting high-value added products.

The second news item that caught my eye was a report about the HEC being in metaphoric tears, because it has been informed that it is likely to receive only Rs58 billion, or only 50 percent of its recurring budget, in the upcoming fiscal year 2019-2020. To put this in perspective, cuts have also been happened to the HEC’s budget in years past. However, those cuts affected mostly its development budget, which goes towards new projects, programmes and initiatives. This year’s cut is to its recurring budget. The fate of its requested development budget is unclear. The recurring budget, in part, goes towards paying the salaries of thousands of university faculty members appointed on the HEC’s much trumpeted Tenure Track System (TTS).

In short, this 50 percent budget cut may very well lead to layoffs in universities, unless universities can figure out ways to bridge this huge gap. All this is happening at a time when these TTS faculty members have not seen a pay raise in five years, unlike their counterparts appointed on BPS. As a result of the HEC’s years of continuous neglect, even before this news hit, TTS faculty has been on the edge of revolt and is seeing an accelerating trickling out of faculty members moving abroad.

A few years ago, a family member of mine was working as a faculty member at an elite public university in the capital. He happened to be present when a professor from a prestigious American university was visiting one the university’s schools / colleges. During a meeting with the school’s dean, the visiting professor expressed his admiration for the good research work being conducted by the faculty, and asked the dean how much salary the university paid its faculty members. The dean replied that the typical salary was around $1,000. The visiting professor expressed surprise and asked how the university was able to retain its faculty, mostly US and European graduates, with such meagre salaries.

There being only three people in the room at the time, the dean frankly replied that: a) most faculty members had availed themselves of some government scholarship to attend grad school and that they were committed to work in Pakistan for five years at whatever salary; and, more tellingly, b) that he tried to hire people with “strong family backgrounds,” who enjoyed strong family support. Translation: We hire people with well-off parents, who can afford to provide their adult (and mostly married) children with a free place to live and even cover shortfalls in their living expenses if need be.

In Victorian-era England, one of the things that qualified a man to be called a gentleman was that he had a generous income without the need to work or perform manual labour to live and survive. The typical gentleman was, what we call today, ‘financially independent’. A gentleman would typically derive his income from land he owned. Even businessmen, educated professionals, government employees, etc did not qualify for this title.

Today’s news of steep cuts in the higher education budget for the coming year made me realize that our universities are heading in a direction where the only people that will be left able to work in universities will be ones not doing it for a living wage, like those Victorian-era gentlemen, who will work to serve others with no expectation to get paid. Put another way, in the Pakistani context, teaching in universities is fast becoming a job suitable only for retired bureaucrats and military men, who are getting their pensions and are bored sitting around at home and do not mind playing a ‘second innings’ for some extra pocket money.

If you want to see a government’s true priorities, you need not look further than its budget(s), and the PTI government has just shown us its. This defunding of higher education has been going on for the last few days. Over the last month that this news has been making the rounds, we have heard from HEC Chairman Dr Tariq Banuri and from university heads. Conspicuously absent from the reporting is Education Minister Shafqat Mahmood. Is he satisfied with this budget allocation? Did he have any input in this decision? What is he doing about the HEC’s and universities’ concerns? Based on what we the public can see, the disinterested minister appears asleep at the wheel.

They say there is always room at the top. Our best faculty members are leaving and emptying university departments, yet nobody at the HEC seems to care enough. If you are looking for a job, chances are you will find plenty of openings. But remember, anyone not a ‘gentleman’ need not apply.

The writer is an independent education researcher and consultant. She has a PhD in education from Michigan State University.