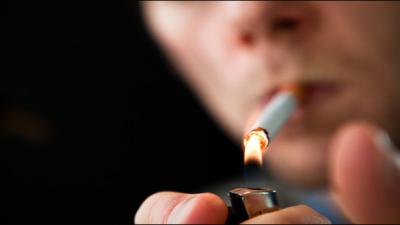 ISLAMABAD: Secondhand cigarette smoke not only increases the risk of cardiovascular and metabolic problems it may also lead to gain weight a new study suggests.

Researchers wanted to pinpoint the mechanism behind why smokers become insulin resistant.

To carry out their study, they exposed lab mice to side stream (or secondhand) smoke and followed their metabolic progression.
Mice exposed to smoke put on weight.

When researchers drilled down to the cellular level they found the smoke triggered a tiny lipid called ceramide to alter mitochondria in the cells causing disruption to normal cell function and inhibiting the cells ability to respond to insulin.

The lungs provide a vast interface with our environment and this research shows that a response to involuntary smoking includes altering systemic sensitivity to insulin said researchers.

Once someone becomes insulin resistant their body needs more insulin. And any time you have insulin go up you have fat being made in the body.

The key to reversing the effects of cigarette smoke they discovered is to inhibit ceramide. The researchers found the mice treated with myriocin (a known ceramide blocker) didn’t gain weight or experience metabolic problems regardless of their exposure to the smoke.

However, when the smoke exposed mice were also fed a high sugar diet the metabolic disruption could not be fixed. (AFP)

AstraZeneca interested in getting COVID-19 vaccine registered in Pakistan

Poor countries might get COVID-19 vaccine in February, says WHO