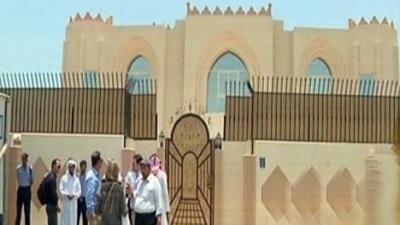 PESHAWAR: The Afghan government and Taliban representatives during their two-day talks aimed at ending Afghanistan’s long war, have agreed that the Taliban should reopen a political office in Doha for negotiations, but there was a disagreement over the withdrawal of foreign troops and a ceasefire.

The talks held in the Gulf state of Qatar ended on Sunday with an avowal to hold a similar dialogue in the future. The Afghan government has made no statement.The Afghan Taliban reiterated all their previous demands, including complete withdrawal of all the foreign forces from Afghanistan.

Reports from Qatar’s capital, Doha, said a statement in Pashto on behalf of the eight Taliban representatives was read out at the two-day conference hosted by Pugwash, an international organisation. About 40 Afghans and some Pugwash officials attended the conference.

A delegation of 18 Afghans, including some who are part of the Afghan government and those representing the former Mujahideen leader Gulbadin Hekmatyar’s Hezb-e-Islami, attended the event.


“Reconciliation and withdrawal of foreign forces are linked to each other,” the statement said, adding the foreigners should first bring an end to their occupation as protraction of occupation meant protracting the war.


The Taliban said the peace process should be pushed forward by impartial and sincere people.

Terming the presence of foreigners, imposing sanctions on the Taliban and declaring the Taliban as terrorists as “foreign factors” creating hurdles in the peace process, the Taliban demanded removal of these factors.

Similarly, they said inking strategic and security agreements, holding peace talks with neighbouring countries instead of the Taliban, opposition of the Afghan government to the Taliban’s Qatar office and several others were “internal factors” that were hurdles in the peace process.

The Taliban statement also demanded removal of Taliban names from the UN’s ‘blacklist’ and withdrawal of the head money on Taliban members.The Taliban also demanded setting up of another office for their use.

Taliban made it clear that they would only accept Afghanistan’s existing Constitution if it is based on Shariah and is able to protect the national interest.The Taliban held the Afghan government responsible for all ills, saying it had no peace plan or strategy and was instead deceiving the Afghan nation.


The statement vowed that the Taliban would not suffer a defeat at the military front.Criticising the Afghan government, security forces, government employees and the incumbent governance system in Afghanistan, the Taliban said the security forces were posing threat to the lives, property and honour of the people.


The Taliban urged the international community to accept the rights of Afghans and bring an end to the “drama being staged in the name of terrorism” and play an impartial role in the Afghan peace process.

The Taliban conceded that they had made some mistakes during their rule in Afghanistan due to lack of experience.