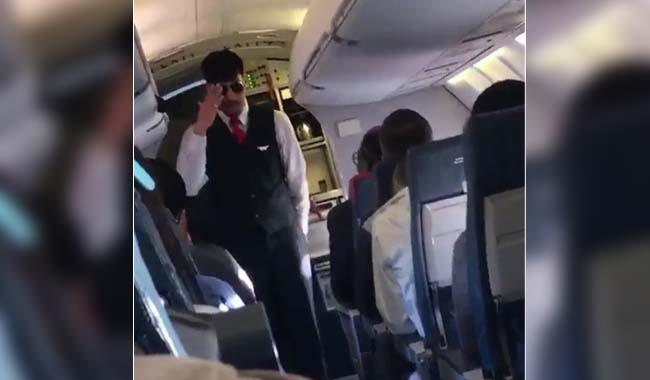 Just to make it all more interesting for the customers, a steward of the airline decided to shake up his demonstration and offer travellers something a little different - a briefing delivered in an Eminem-style rap.

As seen in the video, the member of cabin crew, who introduced himself as 'Jym with a y' even added a pair of dark sunglasses to complete his look.

Speaking about the importance of fastening your seatbelt, he raps: "So snap it in place around your waist like it's going out of fashion, unexpected rough air, it could happen, even if the seatbelt sign is off, leave it on with a passion."

Later, he adds: "There's four exits, two at the front, two over wing, it's time to bring.

"That's how we ride, fly, high up in the sky, mark all exit signs."

He ends his rap with: "It's true, I'm here for you, now you're a part of my honorary crew."