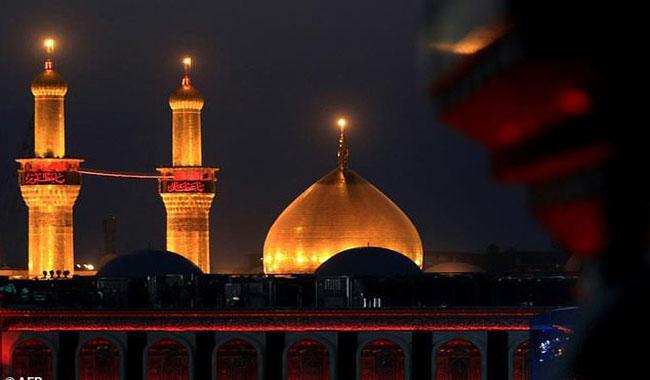 TEHRAN: More than two million Iranian pilgrims have crossed the border into Iraq for the annual Arbaeen Shiite pilgrimage to be celebrated on Thursday, an Iranian official said on state television.

"Some 2.32 million visas have been issued so far, and 2.2 million pilgrims are already in Iraq," Shahriar Heydari, spokesman for the Iranian committee organising the pilgrimage to the holy city of Karbala, said on Wednesday.

Arbaeen marks the end of 40 days´ mourning by Shiites in memory of the seventh century martyrdom of the Imam Hussein.

Hussein, the grandson of the Prophet Mohammed, was killed in 680 during the Battle of Karbala, creating the first schism in Islam between Shiites and Sunnis.

Participation in Arbaeen from mainly Shiite Iran has spiked massively in recent years, with some two to three million Iranians among the 17 to 20 million pilgrims who attended last year.

For the past several days, state television in the Islamic republic has been broadcasting footage of hundreds of thousands of pilgrims heading on foot to Karbala, which is around 100 kilometres (60 miles) south of Baghdad.

Arbaeen, which was banned when the late Sunni Muslim dictator Saddam Hussein ran Iraq, has become more and more popular among Iranians over the past few years.

In 2011, only 40,000 Iranian pilgrims took part, compared with the millions last year and this month.

The authorities in Iran look upon the commemoration as a symbol of the power of Shiite Islam, especially at a time of raised tensions with regional Sunni rival Saudi Arabia and the United States, Tehran´s arch-foe.

"The glorious presence of millions of people for Arbaeen is a serious message to all those who plot against the region," President Hassan Rouhani said on Wednesday.

Press reports say Iran´s logistical support for its pilgrims includes sending medical teams from the Iranian Red Crescent and facilitating access to the country´s mobile phone and internet networks while in Iraq.

This year, the authorities have issued several warnings that Iranians without visas would not be allowed to go to Karbala.

Visas costing $40 (35 euros) are issued by the Iraqi consular authorities.

According to media reports, up to 300,000 would-be but visa-less pilgrims have been turned back by Iranian authorities at the border.

Last month, Iranian newspapers reported that police had seized 100,000 fake visas for Iraq and made six arrests ahead of Arbaeen.