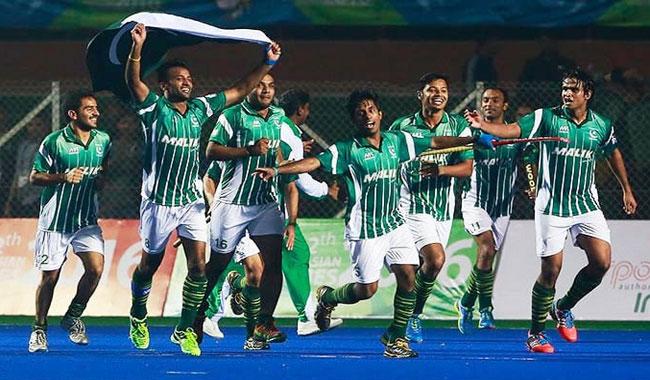 KARACHI: Pakistan hockey team has left for Dhaka on Saturday night to participate in the Asia Cup hockey tournament.

Talking with media outside the hostel of the Pakistan Hockey Federation , head coach Farhat Khan said that the national team consists of 18 players and he hopes the team would win the coveted Asia Cup trophy.

Captain of the team Muhammad Irfan asked the nation to pray for the success of the team.

He said that the players have overcome their mistakes in the previous event.

All the players of the national team were looking confident and enthusiast before departure at the airport.

Mohammad Irfan will lead the team while Rizwan senior will be his deputy.

The Asia Cup is scheduled to be held in Dhaka, Bangladesh from September 11 to 22.

Pakistan takes on host Bangladesh in the first match on the opening day before they face Japan on Oct 13 while they play their third match against arch rivals India.