Another youth martyred in occupied Kashmir 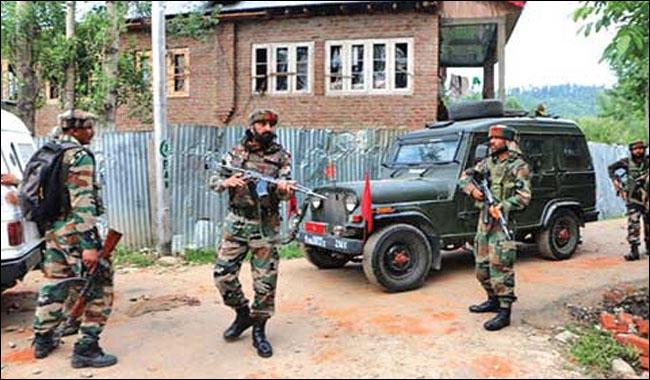 SRINAGAR: Indian security forces, in their fresh act of state terrorism, martyred another youth in occupied Kashmir Tuesday, bringing the death toll to three over the past 24 hours.

The youth was martyred in Pulwama district, according to Kashmir Media Service, as the troops continued crackdown operation in Bahmnoo area of the district.

On Monday, the India troops killed two youth identified as Jehangir Khanday and Kifayat Ahmad, in the same area.

The troops have also damaged four residential houses in the area so far during the ongoing crackdown.