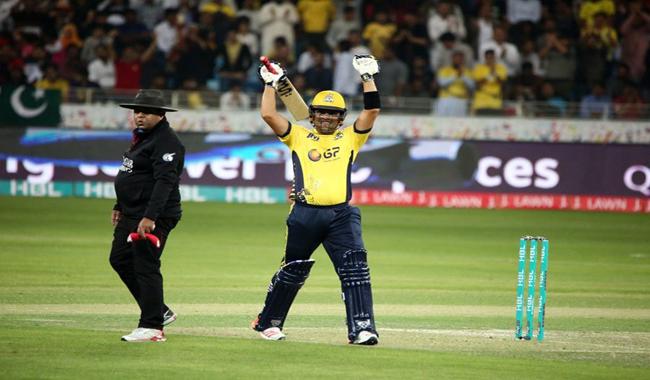 DUBAI: Kamran Akmal fired Peshawar Zalmi into the Pakistan Super League final Friday but left his foreign teammates facing a dilemma over whether or not to travel to Lahore for Sunday´s title match.

England trio Chris Jordan, Samit Patel and Dawid Malan as well as West Indies stars Darren Sammy and Marlon Samuels are all part of the Peshawar squad.
However, their opponents on Sunday, the Quetta Gladiators have already seen their five-strong foreign legion opt out of the trip to Lahore after two bomb blasts last week killed 22 people and left over 100 injured in the city.

On the pitch on Friday, Akmal smashed a brilliant hundred in Peshawar´s 24- run win over the Karachi Kings in the last play-off match. Akmal, hoping to regain his spot in the national team for next month´s tour of the West Indies, hit a 65-ball 104 with seven sixes and six boundaries to lift Peshawar to 181-3 in their 20 overs after being sent into bat.

Paceman Wahab Riaz then chipped in with 3-24 as Karachi were restricted to 157-7. Kieron Pollard scored a 26-ball 47 and added an invaluable 62 in six overs for the sixth wicket with Imad Wasim (24) but they fell within the space of just two runs to give Peshawar victory.

Chris Gayle took his first run off the ninth ball before completing a 31-ball 40 with four sixes and two boundaries.