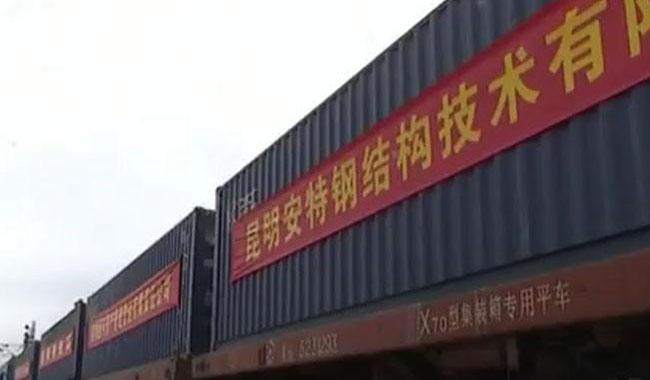 ISLAMABAD/BEIJING: Pakistan and China embarked on their ambitious and effective project to link China's southwestern province Yunnan with Pakistan's largest port in Karachi, on Wednesday.

According to details, the first  cargo train from Kunming, capital of Yunnan province, left with over 500 tonnes of commodities for Port Qasim in Karachi on Wednesday. This marked the opening of the new route between both the countries, who are ambitiously seeking trade partnerships with each other which could benefit them immensely. These goods are then transported to all parts of the world from the Karachi port.

According to Chinese experts, the new route will prove cost-effective in the sense that it would reduce transportation costs by as much as fifty-percent compared with past services. Experts also stated that it would be beneficial for the local firms and traders, who could not expand more and cater to the demands of international clients. They further stated that goods could now reach clients efficiently and more effectively as well as bring prominence to Yunnan.