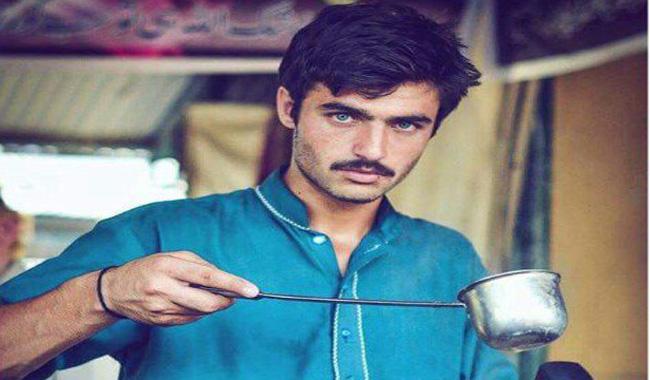 ISLAMABAD: The famous Chaiwala who has been breaking the internet with his killer eyes and good looks has finally been identified.

The name of famous Chaiwala is Arshad Khan, a resident of Mardan city in Khyber Pakhtunkhwa.  Khan is glad to know he has become famous on the internet and his pictures are being shared on social media.

When asked whether girls have visited him, the boy with green-eyes said around 40 to 50 girls had visited his shop since morning and left after taking photos.

Answering a question, Arshad Khan said he is willing to work in the film industry. Jaweria Ali, the photographer who took Arshad’s famous photo, told a TV channel at the tea shop that she had no idea the picture would go viral.

later on, different websites reported that Arshad Khan has received a modelling contract from an online retailer in Islamabad. The online shopping store in the federal capital posted several pictures of the chaiwala clad in blue suit on Facebook. 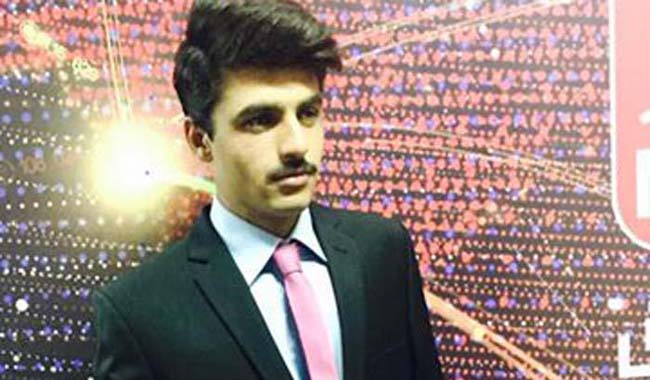 The company announced in its post that Arshad will be working as a model for its ‘full version launch’. “Chai wala is no more chai wala, now he is fashion wala! ,“ said a Facebook post by the online store.

Chaiwala was top trending on Twitter in Pakistan after the photographer shared his picture on social media.

The photo went viral on the internet within hours with people making hilarious remarks about how good looking the boy is. Some went on to draw comparison between the tea seller and famous Pakistani and Indian film stars.