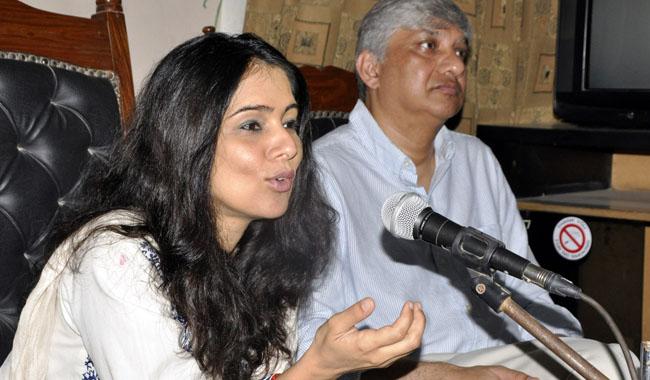 KARACHI: Approximately 50 million people suffer from common mental disorders in Pakistan and unfortunately there are only 400 trained psychiatrists in the country – meaning that there is roughly one psychiatrist available per half-million people.

These were the views of Dr Ayesha Mian, an associate professor and chair of the Department of Psychiatry at the Aga Khan University (AKU) while addressing journalists at a dialogue on mental health at the Karachi Press Club (KPC) here on Saturday.

There is a perception that people with mental illness are violent, look different from others, can never get better or cannot be productive members of society. These inaccurate and misleading stereotypes impact adversely on people’s struggle to cope with their condition.

“Studies show that people with mental illness are much more likely to be a victim than a perpetrator. Media should come forward and be strong partners against this social bias,” she stressed.

“Family members, friends and the society in general have a vital role in helping people recover from mental illness. They need positive attitude and acceptance of their conditions.”

People go through periods when they feel emotions such as stress and grief, but symptoms of mental illnesses last longer than normal and are often not a reaction to daily events. When symptoms become severe enough to interfere with a person’s ability to perform day-to-day chores, they may be considered to have a significant mental illness.

She described factors that may lead to depression, anxiety and addictive behaviors, and eating disorders – stressful life situations, use of alcohol or recreational drugs, imbalance of a chemical substance in the brain, and genetic disorder or having a blood relative with a mental illness. Exposure to environmental stressors, inflammatory conditions, toxins, alcohol or drugs while in the womb can sometimes be linked to mental illness.

“While not all mental illnesses are preventable, some changes in lifestyle can significantly help. Be an organised person in your routine life, take wise and timely decisions, and take good care of yourself with healthy eating, regular physical activity and sufficient sleep – usually seven to eight hours for adults. Avoid conflicts in personal as well as professional life, try to participate in social activities, and get together with family or friends regularly. Avoid alcohol and drug use,” said Dr Mian.