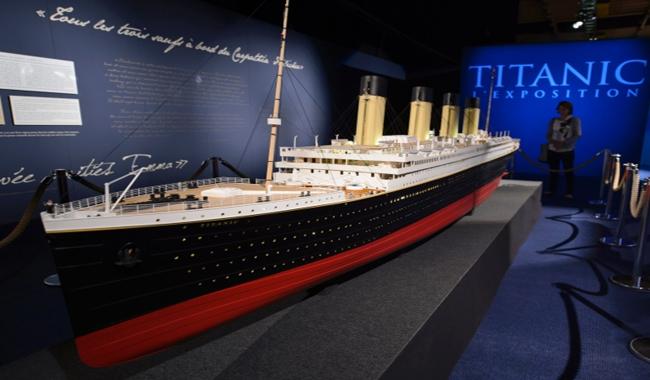 WASHINGTON: The bankrupt US company that controls thousands of artifacts salvaged from the ill-starred Titanic has sued the French government to be allowed to sell some of them.

Premier Exhibitions filed the suit in a Florida federal bankruptcy court to press the French government to clarify it has no interest in the artifacts that would prevent their sale.

The suit, made last Wednesday in Jacksonville, came after the judge in the case last month denied Premier permission to sell some of the recovered goods, which include jewelry and clothing, to repay creditors.

Premier ran into financial trouble after years of putting on commercial exhibitions displaying items recovered from the Titanic, which sank after hitting an iceberg on its maiden voyage in 1912, sending around 1,500 people to their deaths in the frigid northern Atlantic.

The judge ruled that the French government could still retain some rights over the first batch of some 2,100 artifacts recovered from the Titanic in 1987 by a Premier subsidiary together with the French maritime institute IFREMER.

An agreement between the Premier subsidiary, RMS Titanic Inc. and France at the time of the first salvage mission required the recovered goods -- called the "French Artifacts" -- to be kept together as a collection.

But Premier argues in the suit that France awarded it "unconditional" title to the artifacts in 1993, giving it the right to sell some.

The suit will require France to clarify to the court if it does or does not claim some control over them.
"A declaration of rights is both necessary and appropriate to establish that France does not have any interest in the French artifacts," the suit said.

Premier is also in control of a second, larger batch of items from the Titanic, known as the "American Artifacts," recovered after 1993.

Bound by the salvage rights given to RMS Titanic Inc to keep those together as a collection for the public benefit, it is not permitted to break up the collection for sale.

France terror attack: 'No justification for such acts of violence,' says Pakistan