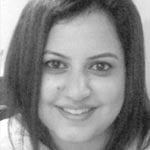 Two headlines loom large on my timeline. Labour Day and the Duchess of Cambridge’s going in to labour. And I am sitting here thinking, how are these two events changing my life?
For starters, Labour Day is nothing more than a day when everybody enjoys time off from their non-labour intensive work and sits at home to enjoy while their domestic labourers toil in their labour-intensive kitchens.
I am not going to fill this space by reflecting on the irony of it all, or worse, with a lecture about the immorality of our evil deeds towards our domestic help. I think it would suffice to say that humans in general and Pakistani humans on Labour Day, in particular, are pretty much a hopeless lot.
So let’s just move on.
Last week we were talking about Sabeen Mahmud’s murder – the director of T2F who was shot at point blank range on her way back from an event she had arranged at T2F showcasing a talk on Balochistan. We speculated how her death might be the death of the very idea of T2F, and how in killing her they might have killed T2F too.
Well I think it’s time that at least someone apologises for something they have said, and I am going to begin by taking the lead.
I apologise for entertaining this thought – in a fit of pessimism – that the idea of T2F can be killed. I really hope that Sabeen up there and her team down here can find it in their hearts to forgive me for this lapse. My excuse: I was heartsick. But still I should have known better. For all concerned, here is the heartening news: T2F opens its doors again, one week after their director was shot dead, and they do it with all the happy spirit so characteristic of their dear departed.
For those who don’t know T2F and even for those who do, let these lines serve as an unabashed advertisement. T2F is a project of PeaceNiche, an NGO that stands for democratic discourse through intellectual engagement. It is a not-so-fancy little space that is just open for all and conducts its

day to day activities around the ideas of an open community area dedicated to talk and creative expression. In more poetic terms it is a recluse for artists and freethinkers, if not those who are simply onlookers, waiting to explore the unexplored. You can talk about anything and everything and collaborate to make things happen.
I am very heartened that team Sabeen is back in action, doing what they are supposed to be doing, but at the same time I do want to know what I am capable of doing as I sit here sipping strawberry juice on a calm and breezy Labour Day.
More so, I do want to know what my government is doing – what I have slowly started to accept as my government now that the dharnas are over and Imran Khan has successfully killed the revolutionary in me.
Mr Prime Minister, (or rather, Mr My Prime Minister) you ordered an investigation into the murder of my friend Sabeen and asked your administrative machinery to give you a report within three days. Well, Mr PM Sir, please take note that more than three days have gone by since. We have great hopes that you will stick to your promise to find out who killed Sabeen and bring them to justice. Mr PM I am counting on you to exert your pressure simply because you are my PM, and you made me a promise and I trust that if anybody is in a position to do anything, it’s you.
Please don’t give up on this. Don’t let it be just another murder that is never solved. I trust that now that you have really worked on strengthening your government which is basically formed on the support of the people of Pakistan, you will not let us down by going back on your commitments. Please, let this time be different and let us hear something within the coming week.
If Sabeen were here investigating her own murder, she would probably be standing somewhere in the heart of the city alone or with a few others, holding a placard with something witty written on it. Witty but thought provoking for those who care to think. She would not bad mouth you Mr PM. And as I say this I confess that I am guilty of doing that. Of badmouthing you and your politician colleagues. But Sabeen would probably not do that. She would ask me what I had done to change things if I didn’t like them. Mr PM, if you were to go to her to stop her from wielding her placard, she would probably feed you a brownie and talk you into playing cricket again.
I don’t have the guts to go out on the road and hold that placard that Sabeen would have held. Frankly, I fear that whoever killed her might come after me if I do this. I fear for my family and my career and generally everything else. So basically I am a coward just like most ordinary oped writers. But you, Mr PM, have the power to change things.
We know you have friends in the business world and many other worlds. We know that your support comes from various sectors of Pakistani society. Now why don’t you make some friends in the intellectual world as well? Artists and writers and the minority we call the civil society of Pakistan are all hurting right now. They are hopeless and feel dejected and feel that with each killing of a Sabeen, hope is dying in this country for anybody who dares to think or speak up. I am painfully aware that most of them would laugh if they read these lines – thinking them naïve and stupid and useless.
Why don’t you reach out to them, Mr PM and prove them wrong? Why don’t you take an indignantly enraged stand on whoever killed Sabeen?
The writer is an MSc candidate at the University of Oxford.
Email: [email protected]