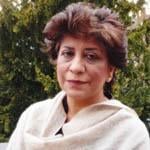 On May 24, two Chinese language teachers were kidnapped from the supposedly secure zone in Quetta. The militant Islamic State group later claimed responsibility for the abduction. Now, Chinese and Pakistani officials are saying that the two abductees could have been killed. These unfortunate developments raise some decidedly disturbing questions. Last week, security forces conducted an intelligence-based operation against the IS-Lashkar-e-Jhangvi nexus in Splinji, Mastung, as part of Operation Raddul Fasaad. According to reports, a number of top commanders of the IS from different parts of the country had assembled in the Mastung area for a meeting when the raid began, killing at least a dozen commanders and capturing others.

According to a news report, ‘the level of the IS leadership claimed to have been taken out, when confirmed, indicates that it could be the biggest operation against the militant outfit since Lashkar-e-Jhangvi leader Malik Ishaq was killed along with his associates in Punjab in 2015, who were then said to be close to joining the IS.’

This reveals the unpleasant truth that the IS is not a peripheral threat, as many officials would have us believe, and that the evolving local militancy in Balochistan continues to pose a serious security risk to the state in general and CPEC in particular. To be fair, the security situation in Balochistan has improved in recent years. The army must be commended for this as well as for the various development projects it has undertaken over the years. However, as the recent event shows, violent groups continue to be a potent menace.

While Islamist militants have often carried out abductions of foreigners in Pakistan either for ransom or to publicise their agenda, separatist groups have openly admitted to targeting CPEC. In 2016 the Chinese government said it was “highly concerned” after Allah Nazar Baloch, leader of the Balochistan Liberation Front, threatened to target CPEC projects and the several thousand Chinese nationals working on them.

That said, there are no hard and fast rules and militants of different hues and colours will join hands to pressurise the Pakistani state to further different agendas. Such unholy alliances are bound to receive support from anti-Pakistan elements within the Indian and Afghan establishments.

Balochistan has been facing many threats over time – like the Baloch separatist insurgency, security threats emerging from neighbouring Afghan and Iranian regions, the rise of sectarian and Islamist militancy and so on. The recent expansion of the Chinese footprint and a surge in economic activity can open up space for a nexus between the pre-existing and new threats of militancy as reflected in this kidnapping case.

China has often urged Pakistan to improve security after pledging around $57 billion for CPEC-related projects. Pakistan has raised the 15,000-man Special Security Division (SSD), charged with the “security of Chinese on CPEC and non-CPEC projects”. The SSD, which consists of nine army battalions and six civil armed forces wings aims to provide security to Chinese personnel and projects throughout the country.

In the aftermath of the tragic incident, Pakistan has vowed to beef up security around Chinese citizens by including police protection forces from all provinces to buttress SSD, closer monitoring of Chinese nationals, and a re-evaluation of security arrangements in Balochistan.

Pakistani security agencies are faced with a herculean task as more Chinese entrepreneurs arrive in Pakistan to set up businesses in big cities as well as in comparatively more unsafe areas. The corridor is due to become operational in 2018, which will increase the scale of the challenge manifold as trade goods are ferried to and from China across the far-flung areas of Balochistan. Pakistan, therefore, needs to accelerate the implementation of its security plans in a foolproof manner.

The socio-economic and security indicators in Balochistan are alarming. In a province that suffers from an acute water shortage, 70 percent of the people live in poverty; about 1.8 million children are out of school and more than 5,000 public schools consist of a single room; the maternal death rate stands at 785 out of every 100,000 and almost 15 percent of the people of Balochistan suffer from Hepatitis B or C. Since 2003, there have been 817-terrorist-related deaths and since 2009, sectarian clashes have resulted in the killing of more than 760 people.

Massive corruption, nepotism, mismanagement of resources and unemployment continue to perpetuate structural fault-lines in the province. Natural gas was discovered at Sui in Balochistan ages ago, yet major parts of the province are still deprived of its benefits. Will the Pakistani authorities now ensure that the province gets its fair share of the economic corridor?

The truth is that there can be no meaningful and robust arrangement to secure Balochistan without genuinely addressing disconsolate economic, security and social indicators for which both successive central governments and vested interests of the Baloch Sardari system are responsible.

The status quo has only empowered the civil and military elite at the cost of millions of impoverished people of the region. Balochistan’s Gwadar Port is the mainstay of the CPEC project. In order to ensure durable stability in Balochistan, the security situation demands a political approach that goes beyond military solutions.

There is no denying the fact that the Pakistani state cannot simultaneously wage a full-scale war against all security threats in Balochistan. It, therefore, needs to craft a more creative strategy that includes strong political elements along with the credible threat of force if required.

As things stand today, dialogue, debate and transparency appear to have taken a back-seat in the wake of seemingly unending violence. It is vital that sub-national groups are encouraged to come to the table and their legitimate concerns are addressed by the state in a fair manner. There can be no long-lasting solution to the security problem in Balochistan without listening to the other side.

The strategy should focus on the best and lasting means of conflict settlement to ensure not only a peaceful Balochistan but also to prevent militant groups such as the IS from spreading to other areas. A fresh, joint strategy that transcends institutional bickering is needed because the current one has failed to deny space to the militant groups so far.

Needless to say, our domestic security is linked to our relations with both Iran and Afghanistan and this foreign policy dimension cannot be ignored when making efforts to secure Balochistan.

CPEC will indeed become a game-changer if the Pakistani state exercises its power to resolve festering problems through a forward-looking, inclusive and transparent Balochistan policy.

The writer is senior research fellow at the Strategic Vision Institute (SVI), Islamabad.