The comic, actor and executive producer who also co-wrote an episode, shares the idea behind the series.

Pakistani-American actor and comedian Kumail Nanjiani, who is known for his roles in Silicon Valley, The Big Sick (which he wrote with his wife, Emily V. Gordon), as well as the 2019 comedy Stuber, is all set to debut as the first on-screen South Asian Marvel superhero in The Eternals. Moreover, the comic and actor is the executive producer of a series called Little America, which premiered on the streaming service, Apple TV+ last week.

Through the series, Nanjiani, who does not appear in the show, is trying to highlight the immigrant narrative(s), focusing as much on small joys and triumphs as well on hardship and pain.

In a recent interview with Indie Wire, Nanjiani talks about the concept of Little America.

He added, “But the more stories you tell, the closer you can get to the idea that the experience is not a monolith. So it just felt like, rather than just doing a miniseries that told one immigrant story over an episode, eight immigrant stories over eight episodes felt like it captured the idea that Lee wanted to convey.”

As for the casting process for Little America, other than the fourth episode - The Silence, which features Melanie Laurent and Zachary Quinto - the stars of each episode are more or less “unknowns” who were culturally-appropriate for the stories that were being told.

“So initially, when we were doing this show, we were like, we want people who are authentic to the part, if a character speaks a specific dialect, we want an actor who speaks that specific dialect. We didn’t want to diverge, phonetically,” explained Nanjiani.

He further went on to say, “And in the beginning, we were a little bit intimidated by that. But, our casting people did an amazing job. But the truth is, there are a lot of diverse people out there who are very, very talented. We tweeted about casting calls and stuff. What we learned is, these very, very talented people are out there. It’s slightly difficult to find them, but it’s not impossible.”

As far as the writers and directors were concerned, Nanjiani revealed, “We just wanted writers and directors who were really appropriate for the stories we were telling. And, again, we did cast a wider net, because, traditionally, the people who are in TV writers’ rooms, fit a certain demographic. That’s why we have a lot of playwrights or people who haven’t gotten a fair shot at being in a writers’ room yet.”

He continued, “With our directors we really wanted them to own the material, make it their own, and they spend time with their writer, and also spend time in the edit. We wanted them to really tell this story their way, to establish a language for it.”

Speaking about the Little America’s anthology format he shared, “What’s fundamental in an anthology show is that no one episode really represents the show. We really wanted to — and this is how it was from the beginning, when we first were pitching the show — we wanted no episode to feel like another episode.”

– With information from Indie Wire and Variety 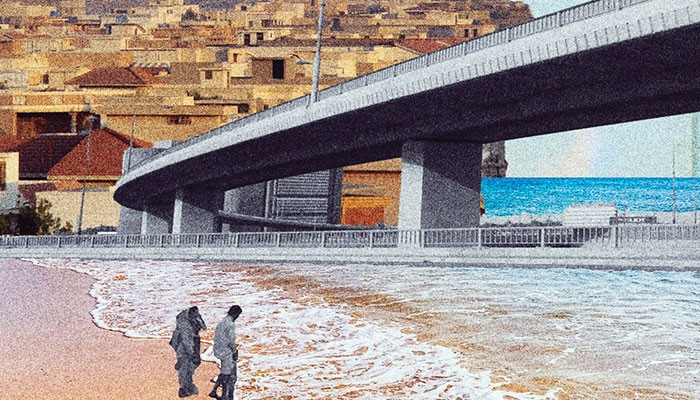