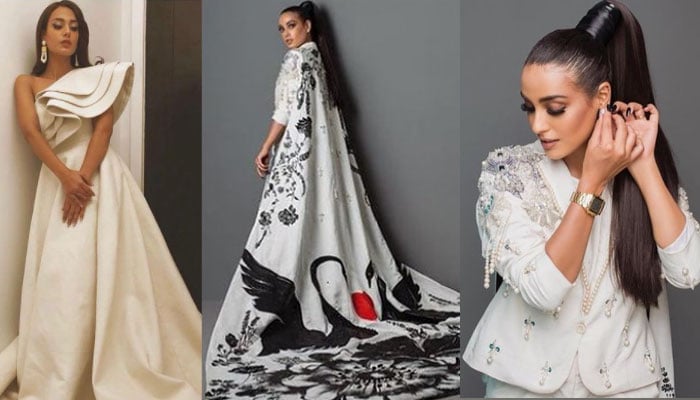 At the 18th  of LSAs, Iqra  was over the moon as her long-time boyfriend Yasir Hussain went down on one knee and proposed  her at the prestigious ceremony.  Both the actors got married in an extravagant ceremony in 2019.

The emotional moment, which took the internet by storm, will always have a special place in Iqra's heart.

Iqra Aziz, who seems to be  ready for  the 20the edition of Lux Style Awards 2021,   took to Instagram on Friday to mesmerise her fans and followers with best of her throwback snaps.

Yasir Hussain's sweetheart captioned the photos: "It is time for a throwback! We all know Lux Style Awards 2019 has a special place in my heart for obvious reasons but it has also been my favorite look I have worn during any LSAs! " 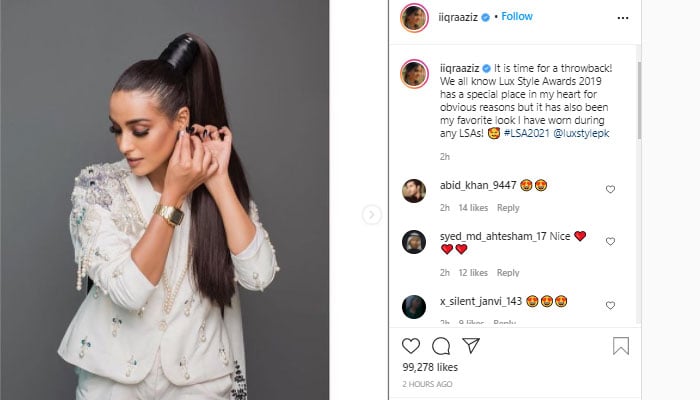 Geo Entertainment is leading the nominations list of the LSA 2021 with a total of 25 nods in different categories as its dramas have won hearts of viewers and received applause from the critics  due to its production values, directorial excellence and star-studded cast.