UN chief concerned about attacks on peacekeepers in Mali 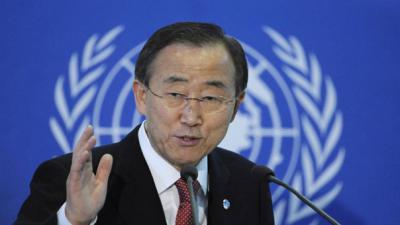 Seven UN peacekeepers were wounded Thursday in the most recent attack about 60 miles (100 kilometers) southwest of the northern city of Kidal.

In all, five civilians have been killed since last week in attacks that also left 13 civilians and 16 peacekeepers wounded.

"Attacks against civilians and UN peacekeepers constitute a serious violation of international law," Ban said through his spokesman, adding that those responsible should be brought to justice.

"This series of attacks highlights the urgency of finding a political settlement and re-establishing security in the north of Mali."

The UN mission´s chief expressed hope that Tuareg rebels would sign a peace accord with the Malian government before a May 15 deadline. (AFP)

Oman expats to now only be allowed select jobs