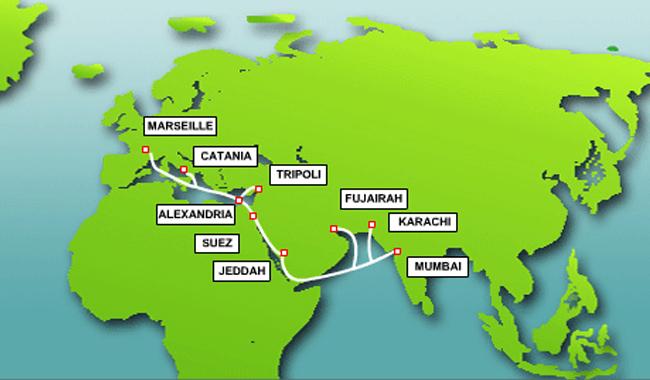 “The international consortium managing the submarine cable system has already started working to resolve the situation as early as possible,” it added.

In order to minimize the service impact, PTCL has already undertaken necessary measures to arrange/alternate bandwidth through its other cable systems and international cable business partners.”

Agreeing to the gravity of the situation, Kamran Mehran of Pakistan Telecommunication Authority, told The News that the PTCL is making alternate arrangement at the fast pace and they have informed the authority that hopefully situation will improve by tomorrow.

‘This is not in anyone’s control, however, there are systems in-place to balance the load. It has now been confirmed that the fault occurred on land not undersea, which they say may be rectified in 24-48 hours,’ the PTA spokesperson added.

However, Bytes For All Country Director Shahzad Ahmad did not conform to the stance of the PTA, saying the regulator should have been proactive to protect the rights of users. Businesses dependent on internet are suffering losses due to this outage, he noted.

Another international cable system SEA-ME-WE 4 is already under repair by the international consortium. Currently, the PTCL is serving users through SEA-ME-WE 3, AAE-1 and TransWorld (TWA).

This 3 fiber pair system with total length of approx. 12,091km is complemented with nine terminal stations forming a consortium of nine telecom carriers from eight countries including PTCL.