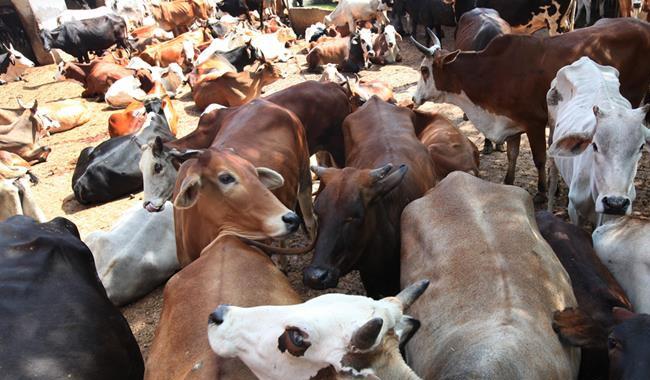 NEW DELHI: An Indian court on Tuesday ordered a stay on the central government’s notification on animal slaughter.

The PIL had prayed before the court that it is the basic right of an individual to choose his food.

The Union Ministry of Environment, Forests and Climate Change (MoEFCC) had last week notified new rules under the Prevention of Cruelty to Animals Act, which bans sale of cattle for slaughter in open markets across the country.

A gazette notification, titled Prevention of Cruelty to Animals (Regulation of Livestock Markets) Rules, 2017 by the ministry had stated that no one can bring cattle to an animal market unless he or she has furnished a written declaration that the cattle will not be sold for the purpose of slaughter.

Further, upon sale of cattle, the animal market committee will take an "undertaking" that the animals are for agricultural purposes and not for slaughter.

The notification had created an uproar in many states including protests by Kerala Chief Minister Pinarayi Vijayan and West Bengal Chief Minister Mamata Banerjee.