It has also been suggested that Rohail Hyatt will have a role with the upcoming season, in all likelihood as producer

Before Coke Studio 13 could get on the road in a similar fashion as Coke Studio 12 or some revision, coronavirus became an undeniable reality. Coke Studio 12 was significant in the sense that it also marked the return of co-founding producer Rohail Hyatt back in producer’s chair. But as a response to Covid-19, the new season (Coke Studio 13) was delayed for obvious health safety reasons.

A few months ago, however, a Coke Studio Special presenting Atif Aslam’s rendition of ‘Asma-ul-Husna’ was released. Produced by Zulfiqar Jabbar Khan, best known as Xulfi, it went viral.

According to an unnamed source close to the production, a new season is on the cards but for the first time, it could be a predominantly-audio season with some visuals attached. Tentatively speaking, at least 10 songs with some visuals are planned for release, noted the source.

It has also been suggested that Rohail Hyatt will have a role with the upcoming season, in all likelihood as producer. With a shortened lineup, this could make for a much stronger season than Coke Studio 12. However, who makes the cut as featured artist is anybody’s guess at this point.

The idea, noted the source, was to provide hope in these difficult times via a special Covid-19 edition as opposed to a regular one. Some visuals will accompany the songs while keeping in mind the present situation.

Given how ubiquitous Coke Studio has become to pop culture vernacular, this change in format and what feels like an inevitable return is welcome.

One of Pakistan’s biggest bands – with six records to their name – Strings (featuring founding members Faisal Kapadia and Bilal Maqsood) have continued to scale new heights, either as producers of Coke Studio (for four years) or as a tight-knit band with six studio albums, and concerts that are getting better with each performance.

However, bands often have members who do solo projects as well and there’s no harm in it. It often expands the horizon of the artist and consequently their band. It also reveals what an artist should or shouldn’t attempt in the future.

With that in mind, here is looking at Bilal Maqsood, who is helming a solo music project in collaboration with Velo Pakistan. It wasn’t exactly a secret in the music scene but an unnamed source revealed that the show will feature mostly original songs. While Faisal Kapadia is not involved, this is not the end of Strings. The band is still together but after dropping Thirty and judging the past two seasons of Pepsi Battle of the Bands, it will be very interesting to see exactly what the show will present and how.

Scheduled to release this year, it will feature a slew of new and perhaps some older artists. Not too much is clear about the show’s beat but given Bilal Maqsood’s flair for creating fantastic pop songs (‘Raat Shabnami’, anyone?), this is one show that we’re definitely looking out for.

2020 is turning out to be a strong year for Shamoon Ismail. Earlier this year he played a rollicking, memorable gig as part of a Salt Arts show in Karachi. Shamoon also performed at Lahore Music Meet 2020 as one of the four headlining acts and picked up indie musician of the year award at the recently concluded SEPMA Awards (2020).

He also collaborated with the prolific Asim Azhar and Abdullah Siddiqui and dropped a two-track EP Juice featuring the songs: ‘Rung’ and ‘Bad Girl’.

Amidst the shows and collaborations, Shamoon Ismail also dropped the single, ‘Rok Le’ and is now back with a fresh single called ‘On & On’ with an original music video.

Directed by Dexter, the music video features Komal Meer and is a Punjabi/English track. With a definite change of pace for the boy who blew up with ‘Jutt Blues’ many moons ago, ‘On & On’ is a an unexpected release.

Slower and almost like a lo-fi ballad, it sees two people in a struggling relationship as Shamoon sings about longing; the music is perhaps deliberately toned down and comes as a genuine albeit welcome surprise.

Producing the song himself with longtime collaborators - MRKLE having mastered the track and Rovalio as co-producer - it is one of Shamoon Ismail’s better tracks. In fact, it wouldn’t be unfair to say that ‘On & On’ ranks amongst some of his best tunes such as ‘Karachi’, ‘Marijuana’, ‘Late Night’, ‘Tuntuna’ and ‘Jutt Blues’. In other words, a new and vulnerable side that Shamoon Ismail has showcased – maybe for the first time. 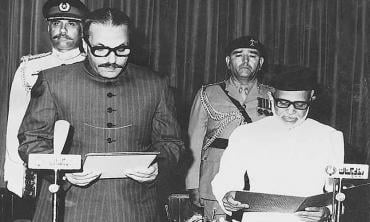 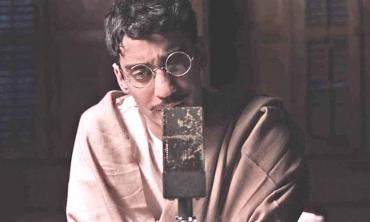 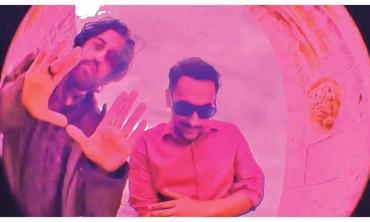