The complete intelligence failure and criminal negligence showed by the operation team in Sahiwal, and the poor cover-up in its wake merit a serious study into the workings of our Counter-Terrorism Departments 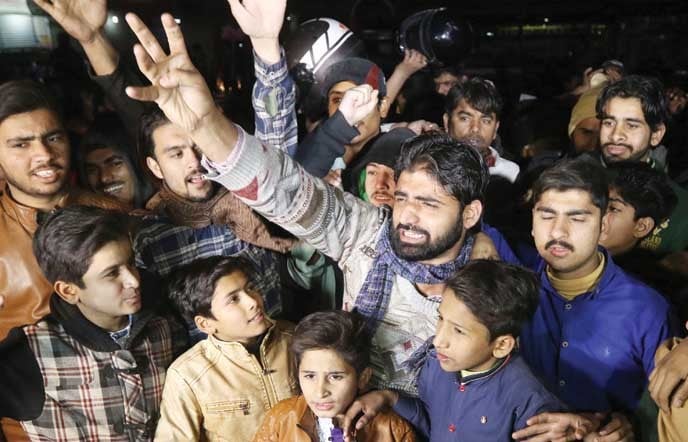 Pakistan is perhaps the only state where no authority exists to oversee its Counter-Terrorism Departments (CTDs) which enjoy next-to-brutal powers to eliminate "terror suspects". Sahiwal’s allegedly staged encounter on January 19 has only exposed this lack of accountability of the department.

After the incident, both the federal and provincial governments seemed clueless about any intelligence that led to this ‘operation’.

CTD is solely a provincial force and part of the general police but it has a designated assignment within the system. All provincial CTDs share intelligence with the military and paramilitary forces and sometimes conduct secret joint operations. CTDs only coordinate with the National Counter Terrorism Authority (NACTA), the federal body, after the announcement of the National Action Plan (NAP).

More than 5,000 personnel were exclusively hired and later trained by CTDs in all four provinces after the APS Peshawar massacre in December 2014.

Interviews with senior officials associated with the joint investigation team (JIT), Punjab government, CTD, police, intelligence agencies, and home department indicate that the bone-chilling massacre in Sahiwal of an innocent family by the CTD Punjab was a complete intelligence failure. Criminal negligence was shown by the operation team; followed by a poor cover-up.

They refer to quite a few arrests made in the week before the Sahiwal incident, involving Daesh fighters. They also claim that on January 17, a terrorist alert was issued by the Punjab CTD authorities about Daesh attacking some key figures.

CTD sources suggest one of Daesh operators had been living in Chungi Amar Sidhu, Lahore, an area adjacent to Zeeshan Javed’s temporary residence, the driver of Suzuki Alto involved in the Sahiwal shootout.

On January 19, as Zeeshan picked up the family and was driving out of Lahore in his car, a few fighters of Daesh were travelling along with them because the police does not search vehicles carrying familes. These Daesh fighters, CTD sources claim, were wanted in the kidnapping and murder attempt cases of former Prime Minister Yousaf Raza Gilani’s son Ali Haider Gilani, ISI Inspector Omar Jilani, nephew of ex Chief Justice of Pakistan Tassaduq Jilani and four intelligence operators in Multan, Sahiwal and Faisalabad. Based on this information, the CTD commandos started following the family which ultimately led to Sahiwal killings.

In the past few years, dozens of fake encounters have been exposed by the media -- from Naqibullah Mehsud’s killing to many more in Balochistan and KP. According to the Human Rights Commission of Pakistan (HRCP) statistics, some 3,345 people have been killed by the law enforcement agencies in allegedly fake encounters in the past five years.

Serving officials privately admit that most of these encounters were not thoroughly investigated. They suggest there is a dire need to define the rules of engagement in an encounter, like announcing or trying for arrest instead of firing. They also advise that procedures for verification of information received from intelligence agencies must be defined; modern gadgets to detect whether the other side is carrying weapons or not must be employed and live-movie method of all encounters with camera-fitted weapons should be adopted.

"Pakistan desperately needs to modernise its CTDs," opines former CTD Sindh chief, Sanaullah Abbasi, now IG Police Gilgit-Baltistan. "New rules for encounters should be introduced; method of execution and mode of intelligence-gathering should also be reviewed. There is a need to equip all CTDs with modern gadgets."

So far, all civilian law enforcement agencies, led by the CTDs, have arrested more than 19,123 suspects and activists of proscribed organisations who were involved in fuelling extremism and terrorism through hate speech and spreading hate material across the country. These operations were conducted under the National Action Plan (NAP) which also empowered the provinces to open special police stations by posting newly trained additional 5, 000 CTD personnel. Some 17,776 cases were registered against these individuals under the new laws but the conviction ratio has remained less than 16 percent, according to CTD’s official figures.

Official statistics available with TNS point out lack of proper prosecution the country’s judicial system as only 570 (less than five percent) terrorists were convicted in the courts in the past four years. "Poor conviction ratio in terrorism cases is a major stumbling block in the way of countering terrorism," says former IGP Afzal Shigri. "It is a failure of civilian government which could not revamp the criminal justice system despite the passage of four years; we did not see any headway even though it’s an integral part of the 20 points of the NAP," he says, adding that many other key points were also ignored by the government.

The new mandate of CTD Punjab, Sindh, Balochistan, and KP’s after 2011 was determined by the provincial authorities to "fight against all forms of terrorism". Collectively, in all CTDs, 56 percent manpower is engaged in the intelligence wing, 20 percent workforce is engaged in the operations wing and 24 percent is associated with the investigation wing.

The CTDs of all provinces also claim to have arrested around 821 LeJ activists, 370 Ludhianvi supporters, 577 of Malik Ishaq Group, 177 of Majlid Wahdat-ul-Muslimeen, 65 of al-Qaeda, 188 of Jamaat-ud-Dawa, 77 of Sunni Tehreek, 167 of Jaesh-e-Muhammad, 167 of Tehreek-e-Taliban Pakistan, 67 of Daesh, 71 of Lashkar-e-Khurasan and 144 miscellaneous militants in the last four years.

According to CTD Punjab’s official data, the CTDs also keep an eye on more than 8,000 Fourth Schedulers (those under watch, restricted), around 5,300 Afghans, 1,400 RAPs (Returnees from Afghan Prisons), 99 LMEs (Lal Masjid Elements) and were considering adopting latest tools for better social media monitoring with linkages needed to give CTD/FIA access/direct link to databases to detect suspected financial and other transactions by amending the Fair Trial Act or ATA 1997. 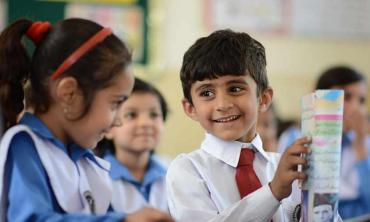