Berlin is an eclectic European city that accommodates residents of all hues, graffiti worthy of art museums and a highly attuned social consciousness 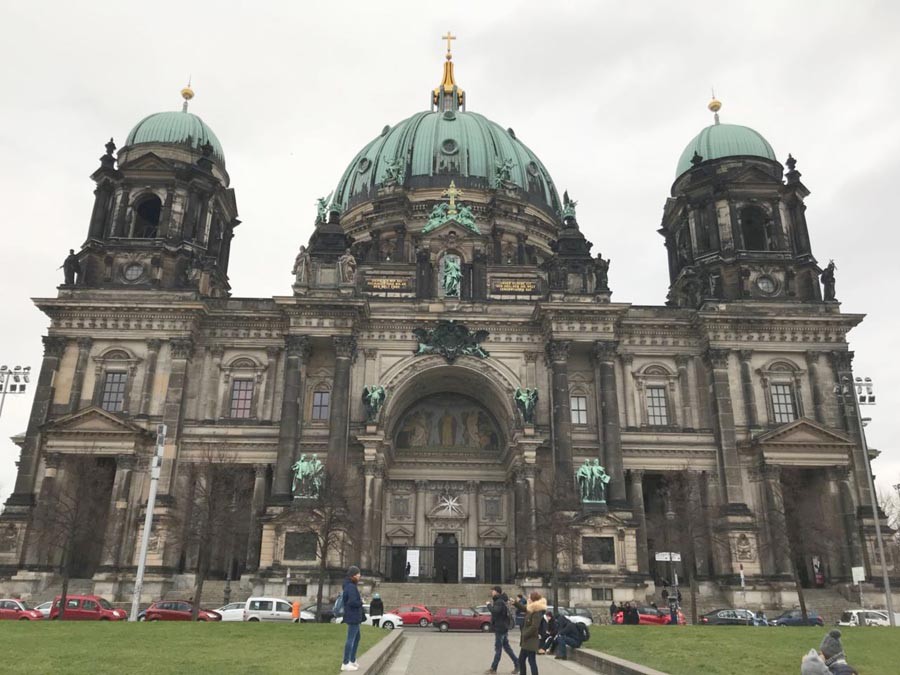 Berlin brims with life and streets full of history with old places giving off a sense of having experienced countless little things, and the multitude of lives that have been spent there.

It was a pity then, that I chose the worst possible time to visit Berlin. At Christmas. A time when everyone was seemingly travelling to their homes outside the city, or indoors with their families, celebrating the festive season.

However, even though the city was practically closed for business on December 25 and 26 (my first two days in the city), there was still a lot to see and do in a place that reminded me, oddly, of Lahore and Karachi in so many ways -- a most welcome experience. Travelling outside of Pakistan has only recently become a possibility for me, and among visits to many different European cities, Berlin has been one of my favourite travelling experiences so far.

They own the many ‘flaws’ the city might have and allow for it to determine how it looks, without needlessly looking to change it according to their idea of the ideal city. Perhaps our palm tree loving politicians should learn from this

The area I was living in, the east side of the city, did not have many shops or places that were open in the first two days, but it was still alive and full of energy late into the night. People were roaming the dark and often dingy streets. One could hear commotion from the buildings nearby. Friendly drug dealers were trying to sell their ‘wares’ in earnest. In many places, the east side of the city along the river, resembles the stereotypical ghetto, with its drug dealers, boarded up buildings and hastily erected shelters for those living on the streets. And while anyone who has not lived in a big city might find some of the strange, rambling men on the streets scary, anyone coming from somewhere similar is used to this and can even find comfort in their presence late at night when no one else is around.

Cities I have been to in Europe normally have that ‘developed’ quality to them; things function the way they are supposed to, everything seems a tad more organised and most importantly, they are cleaner than anything in Pakistan (with the exception of Islamabad). Lahore is not exactly dirty per se, parts of areas such as Gulberg and Defence for instance, are immaculate, but they are all areas that look lived in, have houses and buildings with walls that do not look like they were propped up yesterday; and then there are places in our cities away from the affluent areas that the cleaning vans and crews still avoid.

However, Berlin was nothing like the other shiny cities of Europe -- every wall of most buildings on the east side and away from the centre was covered in graffiti, the grass was not cut to perfection in the parks, and the sidewalks actually looked like they had human inhabitants that had left their mark. The city had scars that only one with a large population and a long history can have, a reason due to which I have an affinity with Lahore as well. The city was not looking to be perfect, and beauty was often replaced by utility. This is not to say that the city wasn’t beautiful, the architecture in the centre, from the Berliner Dom, to the university around it and the Brandenburg Gate are all breathtaking and provide ample incentive to visit the city.

For the quintessential tourist experience, Berlin also has a lot to offer, especially for history buffs -- with monuments such as the Victory Column, the East Side Gallery, which is an art display on the remnants of the Berlin Wall, Checkpoint Charlie (the crossing between East and West Berlin during the Cold War), the Holocaust Memorial and the Soviet War Memorial at Treptower Park. Images at the Soviet Memorial of the city razed to the ground with only the Reichstag (now Bundestag) building left standing are powerful reminders of all that this city has witnessed.

‘The Topography of Terror Museum’ charted the entire history of the Third Reich’s propaganda machine and how Hitler’s regime terrorised the Jews and other sections of the populace: It has the ability to move even the most desensitised people -- exactly how evil humans can be has been highlighted there in gruesome detail. The Bundestag building is also a must-visit; its clear glass dome at the top offers a 360-degree view to the entire city from the centre. There are also an incalculable number of souvenir shops littered throughout the city that one can use to buy everything from pieces of the Wall, to shirts, hats, bottle openers and the usual paraphernalia with ‘Berlin’ plastered on all of them.

While I did visit most of the must-see tourist sites, my favourite part of the trip was just walking around the city or occasionally taking the underground or the metro (considering the city cannot be completely explored on foot because of its size) which function perfectly and are really easy to navigate, on account of Berlin being a tourist city. This is where the city truly revealed its beauty amongst the grit and grime, sometimes with an odd tree decorated with neon lights, at another time a skate park that had graffiti that could have easily belonged at an art installation. There is an area in the Plänterwald district that has colourful one-room houses with beautiful gardens. I fell in love with these tiny living spaces and want to live in something similar one day, if only for a little while, although my friends vehemently disagreed and saw them as little more than hovels, not fit for living in.

I have realised that I am and always will be a big-city person, because it is impossible to keep a big city under control and carefully manicured at all times. There is just too much to clean and too many people to clean up after. The phrase, ‘concrete jungle’ has been coined for cities like these, because no matter how hard you try to prune and manage, the city will continue to have a life of its own, and will morph, grow and change according to its inhabitants.

With Berlin however, the difference was that the authorities and its residents cherished this fact, rather than try and change it to a more ‘wholesome’ place. They own the many ‘flaws’ (according to the untrained observer) the city might have and allow for it to determine how it looks, without needlessly looking to change it according to their idea of the ideal city. Perhaps our palm tree loving politicians should learn from this, and cherish the true identity of the cities in Pakistan, without trying to create one according to their own perception.

There are many reasons Berlin continues to be such a popular tourist destination, and the historical monuments is only one in a long list of incentives to visit the capital of Germany.