The discourse on rape

There are many potential obstacles that could hinder the development and implementation of a law against marital rape in Pakistan. But the need for such a legislation is overwhelming 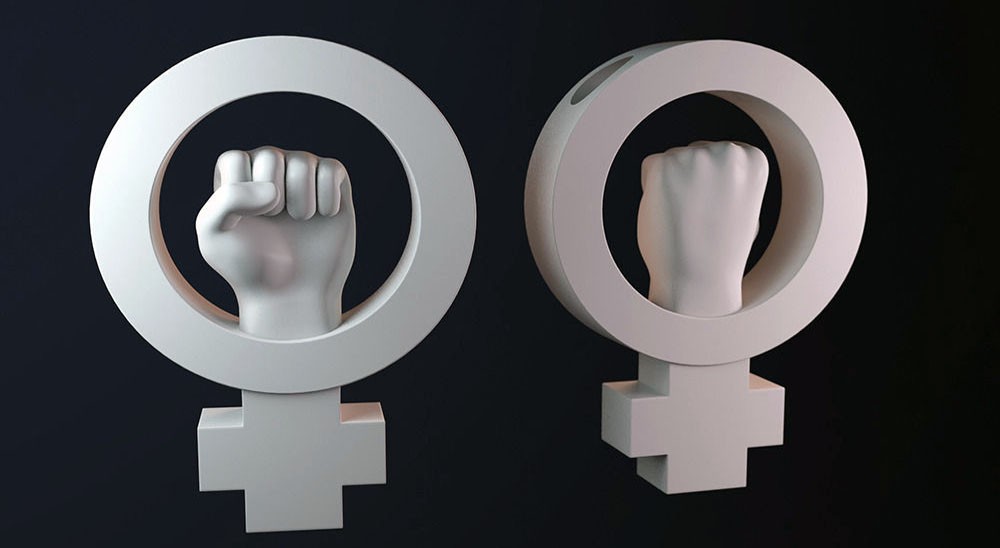 The discourse on sexuality in Pakistan has traditionally been shaped by patriarchal, heteronormative norms that perpetuate the dominance of men while infringing on the rights of women. Even the law is pervaded by social influences that seek to regulate and control female sexuality, under the guise of perpetuating ‘modesty’ and a singular interpretation of religiosity. Pakistan’s failure to criminalise the offence of marital or spousal rape is a salient example.

Although the misogynistic, repressive era of the Zina Ordinance seemingly ended in 2006 with the introduction of the Protection of Women Act (PWA), which placed crimes of rape under the purview of the Pakistan Penal Code, remnants of the former continue to pervade Pakistan’s legal system. The language used in rape judgments often reflects a subjective interpretation of the experiences of rape victims, one that is shaped by the patriarchal perceptions of judges. They determine the criterion for the authenticity and reliability of rape victims’ testimonies through the application of arbitrary standards like past sexual activity, using regressive terms such as "woman of easy virtue" and "dubious character" to neatly categorise and reject that which is deemed unacceptable by society’s ‘moral’ standards.

In this context, the void created by a lack of clear, comprehensive marital rape legislation is one few are cognizant of. The concept of rape within marriage seems inconceivable to the vast majority, who consider consent to be an implicit component of marriage, thereby making it impossible to categorise any sexual activity between two legally married people as ‘rape’. Religious rhetoric is used to validate the notion of conjugal rights in marriage. The result is repressive, with the law providing no respite for women who are forced into sexual intercourse by their spouses against their will. In most cases, they fail to even recognise it as rape and such crimes remain unreported to the police.

"Very few cases are reported, since marital rape is not considered a crime socially. Consenting to sex is not seen as a prerequisite in marriage", says Gulnar Tabassum from Shirkat Gah, an organisation for women’s rights, based in Lahore.

In the absence of any explicit legislation against marital rape, it is necessary to critically examine existing rape laws in Pakistan to determine whether the legal system provides any implicit safeguards that may be used to obtain justice.

Prior to the Protection of Women Act 2006, the Zina Ordinance prescribed marriage as an exception to zina-bil-jabr (rape), stating that sexual intercourse between two people who were "validly marriage" could not qualify as rape. Since 2006, the offense of rape has been regulated by Section 375 of the Pakistan Penal Code. This defines rape as a man having "sexual intercourse" with a woman "against her will" or "without her consent", and removed the marriage exception.

The concept of rape within marriage seems inconceivable to the vast majority, who consider consent to be an implicit component of marriage, thereby making it impossible to categorise any sexual activity between two legally married people as ‘rape’.

"In theory, there is nothing preventing someone from bringing a prosecution against marital rape", says Zainab Malik, a lawyer who is currently working for Justice Project Pakistan. "But Section 375 is only as good as how judges define rape. There is a particular form of rape that gets adjudicated in our legal system. This entails rape being committed by a stranger, involving physical resistance and the presence of bodily harm."

Marital rape does not usually conform to these standards. It is committed in the proximity of victims’ homes by people they know and trust. Women are unlikely to resist their husbands, both out of fear and from an entrenched obligation to fulfill their needs.

There are a multitude of obstacles that hinder the recognition of marital rape as a crime in our socio-political context.

A lack of awareness and understanding about sexual and reproductive rights, coupled with Pakistan’s patriarchal social structures, creates an insidious trap for women. Their economic dependence on their husbands exacerbates the situation.

According to I. A. Rehman, Secretary General Human Rights Commission of Pakistan, "Women fail to report any form of domestic abuse because they are dependent on their husbands for their livelihood. The status of single women in Pakistan is woeful -- the lack of education and skills means they are unable to provide for themselves."

The need to preserve traditional family structures, particularly in South Asia, has created a social stigma associated with divorce that most women want to escape. The small minority that is aware of their rights is reluctant to pursue legal action because they do not want to leave their husbands. "Divorced women become tainted pariahs", adds Rehman.

It is this fear of engaging in anything considered ‘taboo’, the ultimate sustainer of patriarchy, which prevents married women from even speaking out about sexual abuse in the home. In many cases, they lack the ability to articulate their trauma, as they have been socialised not to openly talk about sex.

A representative from Dastak, a crisis centre based in Lahore, which provides shelter to women, emphasised the dismal state of women who are raped by their spouses. She related the incident of a woman who had come to the shelter home for refuge after being sexually abused by her husband, but even then, remained hesitant to discuss the details of her abuse. "It is difficult for women to express themselves, due to the taboo nature of the subject", she says.

In Pakistan, religion is inextricably linked to such cultural and social norms. Islamic prescriptions and Hadith are selectively employed and cited to propagate the notion that wives have a duty to their husbands that must be fulfilled. But some are not hesitant to be critical of this strategic use of religion.

"Religion is used to legitimise or sanctify social behavior," says Rehman. "Patriarchy is an important influence which determines the criterion for women’s behaviour. Religion is used to validate entrenched feudal norms and customs that treat women as property, and advocate for their total ownership."

Sabahat Riaz, an associate lawyer at AGHS, a human rights and legal aid organisation, agrees. "A singular interpretation of religion is used. The true essence of Islam must be understood."

Another issue that must be analysed is the concept of ‘consent’ in sexual intercourse. The notion of conjugal rights in marriage assumes the willingness of both parties, at any point in time, to engage in sexual activities, and in doing so, undermines the essence of free will. We must also examine the complex nature of consent -- to characterise ‘consent’ as a broad, overarching concept that can be applied to all forms of sexual contact is simplistic and reductive. It ignores the nuances involved. Any kind of unwanted sexual contact, occurring at any point within the act of intercourse, should and must be considered an egregious violation.

The representative from Dastak acknowledged this, relating incidents where women who had consented to sex initially had later been subjected to sexual contact in forms that they did not want. In such scenarios, the line between where consent begins and ends must be clearly defined -- consent can be withdrawn at any stage.

Finally, we must consider whether comprehensive marital rape legislation in Pakistan can be developed and the difficulties involved.

Gulnar Tabassum points to existing social realities that pose a challenge to the formulation of a law against marital rape. "Marriage is seen primarily as a means for child bearing", she says. She also cites the absence of any rights for the vast majority of women in Pakistan, pointing to forced marriages and lack of reproductive rights, as well as the lack of legislation on domestic abuse and underage marriages. "They do not have any equality in the household and lack decision-making power in family planning", she adds. According to her, within this context, a law against marital rape cannot be created until a conversation is had about the plethora of related issues that characterise the plight of women in Pakistan.

Others stress the importance of formulating such a law as a means of countering the regressive effects of social norms that currently exist.

"It is extremely necessary to develop a law against marital rape to give married women rights over their own bodies, including reproductive rights," says I.A. Rehman.

"Rape is not only a physical violation, it is also a form of mental torture," says the representative from Dastak. "A law is needed to raise awareness for women’s rights, both for domestic violence and gender-based violence."

There are practical considerations involved in the formulation of such a law that must be taken into account. From a legal point of view, "marital rape first needs to be defined and marked as a crime," says Zainab Malik. "Most lawyers and judges do not consider it a crime under the status quo. There should be separate legislation if the government is serious about prosecuting it as a crime."

It is clear that there are many potential obstacles that could hinder the development and implementation of a law against marital rape in Pakistan. However, the need for such a legislation is overwhelming. Social realities cannot be transformed overnight but we can no longer afford to sustain the shrouding of sexuality in secrecy and ignore the egregious violations that countless women are subjected to.

The discourse on rape 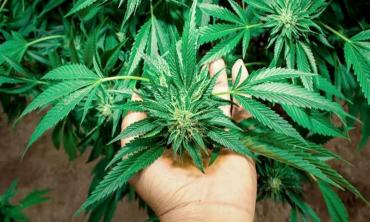 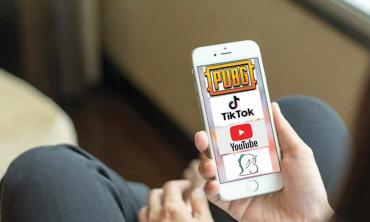 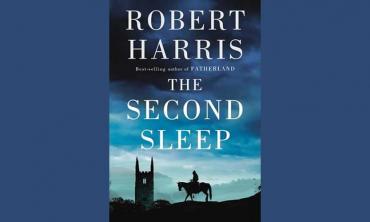