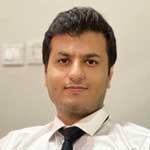 The Elections (Second Amendment) Bill 2021 recently sailed through the National Assembly without any debate even though it changed two crucial provisions of the Elections Act, 2017 dealing with the right to vote to overseas Pakistanis and the introduction of electronic voting machines (EVMs).

Despite voting through paper ballot being the gold standard for democracies across the globe, the government is bent on introducing EVMs which it deems to be the panacea for all ills in our electoral system. Numerous lawyers and members of the opposition have raised serious questions on the haste with which the bill has been adopted as well as the wisdom for adopting electronic voting. If passed by the Senate in the same haste, this would radically alter the voting mechanism potentially putting a question mark over the democratic legitimacy of the amendments and, more importantly, damage the integrity of the election process.

The proposed amendments under discussion remove these requirements that are meant to ensure transparency of any new voting mechanism before official use. The ECP has also expressed its reservations over these changes saying that EVMs cannot be adopted till they determined whether these machines are capable of conducting free and fair elections and the requirements of secrecy and transparency of votes under the constitution. Under Article 218(3) of the constitution, the commission is obligated to ensure that the elections are carried out “honestly, justly, and fairly”. Under Article 222, parliament cannot make any law that abridges the powers of the ECP including those of conducting free and fair elections. Any attempt to deprive the ECP of its constitutional role or exclude it from the process of amending relevant laws would make the process highly questionable. It may be recalled that the Elections Act, 2017 was adopted by the previous parliament after adequate debate and with a high degree of agreement among various political actors who were then present in parliament. While the previously enacted laws cannot bind future parliaments, it may be said that there has to be a convincing argument for introducing legislative changes of such significance.

EVMs are a highly contentious phenomenon across the globe. Electronic voting was banned in the Netherlands in 2007 when the Election Process Advisory Commission released a report expressing concerns on the transparency and verifiability of electronic voting machines and the high probability of anyone with a modicum of technical knowledge and access to the machines manipulating its results. The German Constitutional Court declared electronic voting unconstitutional in 2009, declaring that it violated the principle of the public nature of elections. It said that in a republic, the election should be held in a manner that “can be examined readily by the public without specialist knowledge”. Electronic voting made that impossible as the understanding of the voting mechanism was limited to a few technical experts making its use undemocratic in the court’s viewpoint.

The legitimacy of electronic voting is contingent on blind faith in an algorithm that most voters cannot understand. They have no idea how the machine works, whether it has recorded their vote correctly, and if they can verify their votes in case of allegations of rigging. This is why using EVMs in haste may damage the credibility of the election process.

India is an example of one of the few countries that have successfully adopted electronic voting at a national level. However, it took decades of confidence-building and training of the polling staff to adopt this process. Starting from pilot projects in the 1980s, electronic voting was adopted in a phased manner. Despite that, there were concerns that the votes cast in the electoral machines could not be verified. To resolve this issue, the Indian Supreme Court mandated the use of the Voter Verified Paper Audit Trail (VVPAT) as an indispensable requirement of a free and fair election in its judgment in 2019. The Indian election commission was also mandated to check two percent of the electronic votes cast through random sampling to ensure that there were no irregularities.

The ECP is the sole constitutional body meant to conduct free and fair elections. If the government diminishes its powers or bypasses its protocol to assess any new mechanism being adopted for the election, it can create a constitutional crisis. There is no evidence to suggest that electronic voting brings greater transparency in elections than paper ballot. On the contrary, the unilateral imposition of electronic voting in elections may shroud our electoral process in further controversy.

The writer is a final year law student at Lahore University of Management Sciences. He is currently working as a trainee with Dignity Law Chambers.